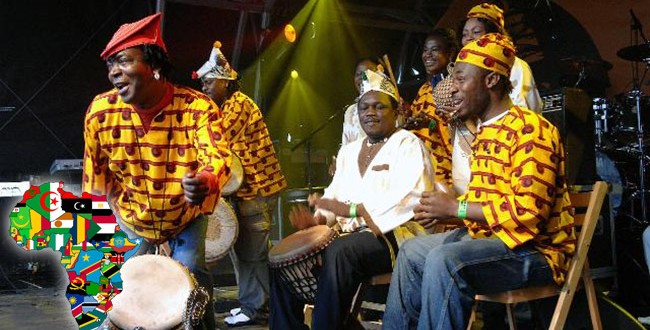 Africa On the Square arrives in London on 10th October

One of the biggest celebrations of African culture, is set to kick off in London’s Trafalgar Square on Saturday 10th October. With a huge crowd expected to fill this famous landmark, Africa Fashion spoke exclusively with Sandrine Herbert Razafinjato, founder of Open The Gate, the Mayor of London’s Programme Partner and Organiser for the event.

Summer never really happened for London this year, but Saturday 10th October promises reasonably warm weather and a very warm atmosphere – right in the heart of the city. Given that October is Black History Month, the timing of the event seems appropriate, but what exactly is ‘Africa On The Square‘?

“It is the Mayor of London’s big celebration of African Culture“, Sandrine told us. “The first one took place last year and this year promises to be even bigger, organised by the Mayor of London and with the support of Air France, Lebara and The Voice”.

What role will Sandrine’s organisation, Open The Gate, play?

“We are the programme partner for the event”, said Sandrine. “So we work closely and collaboratively with Mayor’s events team to craft and deliver a rich and unique programme showcasing the best of all African communities in London”.

“That will include arts & crafts workshops for kids and family, live music on stage as well as DJs, fashion show catwalks, a parade in the square, African acrobats, a youth talent show, African street food – and a selection of African market stalls”, she told us.

Anyone who’s been to The African Market in the past will know that food plays a big role in helping to create the atmosphere. With Africa On The Square, you will also be able to sample musical talent from across the continent. Here’s a selection of the live music acts on display to whet your appetite:-

“As well as all those acts, we will have DJ Abrantee on the console and our hosts for the event, Usifu Jalloh ‘The Cowfoot Prince’ and TV presenter Esther Alade“, explained Sandrine. “The event aims to showcase the richness and variety of African cultures in a range of art forms”.

Given that the Mayor of London is running this event again for 2015, that must mean that last year was a success. How big is it likely to be?

“This is only our second edition, but we are really optimistic that this event will grow even more in years to come”, said Sandrine. “Last year, we had move than 20,000 visitors, so this year we have increased the size of the event. We will have 35 African market stalls as well as 10 stalls selling a variety of African food. Feedback from last year’s event was great and we hoping for much more from this year!”.

Sandrine had already told us about the constant buzz on social media that Africa On The Square has been generating, as well as a stream of inquiries about travel details and applications for press passes, “I checked the weather and it looks really promising, so let’s keep spreading the word – the more people that attend, the better!”.

Africa Fashion is all about encouraging the next generation of talent, so we asked Sandrine if she had a special message for our readers.

“I would tell every Africa Fashion reader & follower to come down to Trafalgar Square on Saturday 10th October for THE African event of the year. A rich line up on stage and lots happening in the square that you won’t want to miss out on. There is plenty to do for all ages, so parents should bring their whole family, even the kids. If you want to know more about Africa, if you are curious about the culture, food and music, then come down with your friends and expect an amazing and joyful experience!”

We’ll be there – you should too!   Let us know what you think on Facebook.

Previous Afrobeats set to provide the beat for US Hip-Hop?
Next Does Black History Month do enough to celebrate our culture?