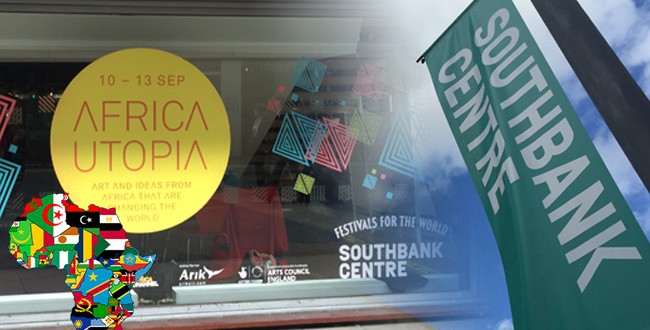 Africa Utopia 2015 was a three day interactive festival for everyone – satisfying all the senses as a true celebration of Arts, Culture, Fashion and Food. More importantly, it was incredibly thought provoking! Multiple talks and debates took place over the course of the event – centering on how Africa can become a creative & innovative thought leader, influencing the Global North, while testing existing ideas against new approaches – posing the question ‘How can Africa solve the West’s problems?’.

London’s Royal Festival Hall dominates the Southbank of the River Thames and from Friday the 11th to Sunday 13th September it was full to the brim with great examples of African creativity and innovation. Not only fashion and music, as you would expect – but talks & debates, visual art & film, performances and a full on African food flavour takeover!

We will be bringing you interviews with the key designers and creatives that we met in the #AfricaUtopia market hall. For now we want to step outside the event itself and highlight some amazingly creative Africa-led companies that are helping our global society get closer to a utopian socio-politico-legal system.

Let’s start by giving a mention to a tech start-up called Mxit. This is a global African brand, founded by Namibian entrepreneur Herman Heunis in South Africa. It provides a mobile social media network that is very lite and can be used on a modest handset. One of Mxit’s core strengths is the ability to ‘tailor features with a market-specific focus and original localised content, targeted at emerging market youth’. Every month, more than a million people in southern Africa access health, education and counselling information through Mxit.

Another tech project is the construction of Konza Technology City, located in ‘Silicon Savannah’ – 37 miles from Kenya’s capital Nairobi – which aims to turn Kenya into a world-class centre for IT investment.

As for fashion creatives in Africa, the list is endless, but one of our favorites is South African textile & knitwear designer Laduma Ngxokolo – innovator of the Xhosa inspired knitwear brand MAXHOSA BY LADUMA. His flair for knitwear design has captured the hearts of many fashion lovers from around the World. Ngxokolo recently won the 2015 Vogue Italia ‘Scouting for Africa’ prize, which will enable him to showcase his collections at the Palazzo Morando Show in Milan, Italy.

Enough of the inspiring technology and design, back to the fashion at Africa Utopia. On Saturday, visitors were treated to two fashion shows.

The people’s catwalk was great fun – allowing anyone brave enough to strut on the runway in their African inspired outfits! This was a really nice touch, and the most down to earth runway you can think of. Attainable styles worn on all shapes and sizes, some of which available from the market hall.
It was well received and every ‘model’ enjoyed a big round of applause from the visitors. What a lovely atmosphere! Here are some photos and you can see more video clips over on Facebook and Twitter. 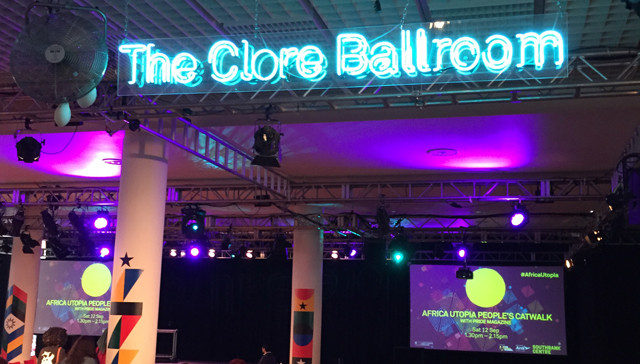 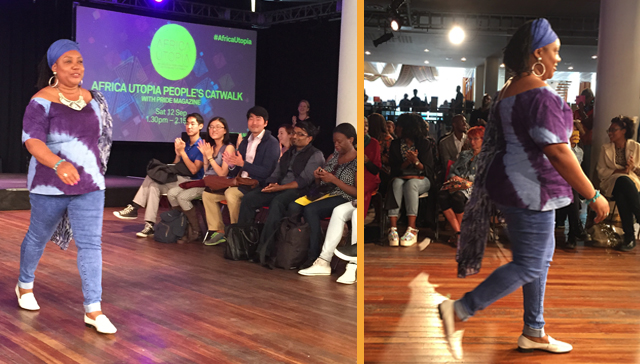 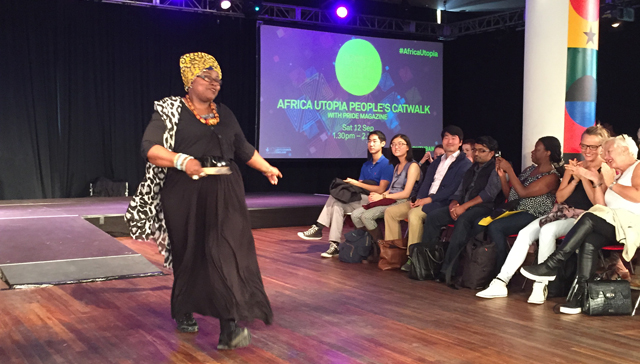 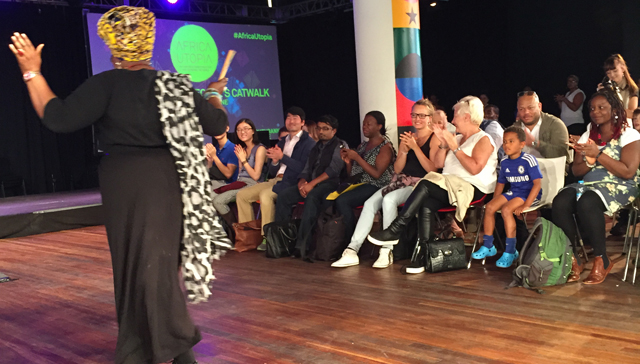 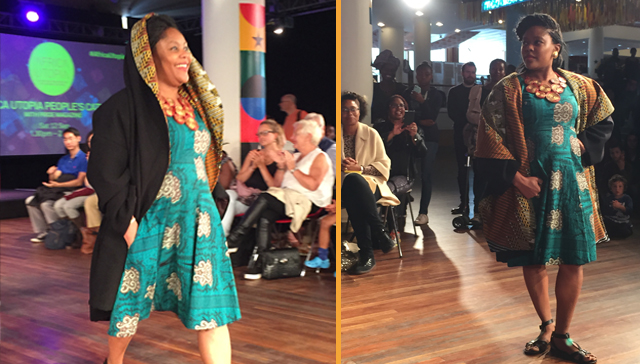 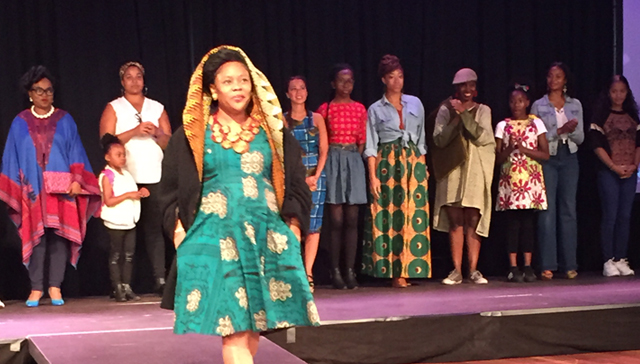 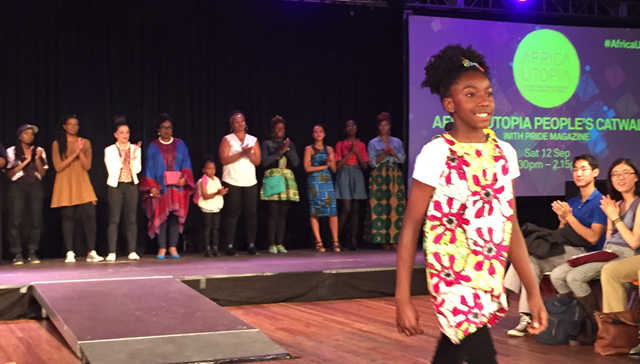 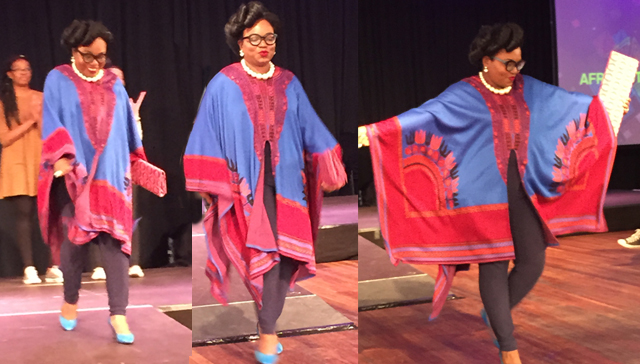 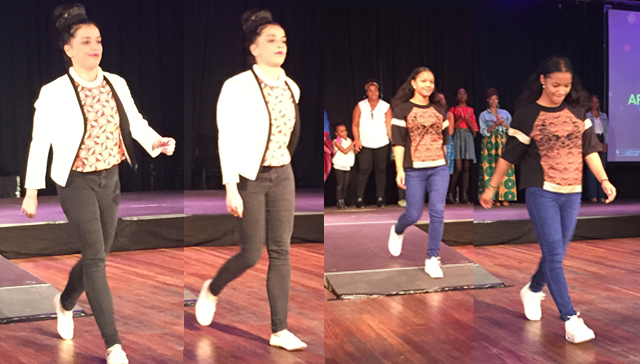 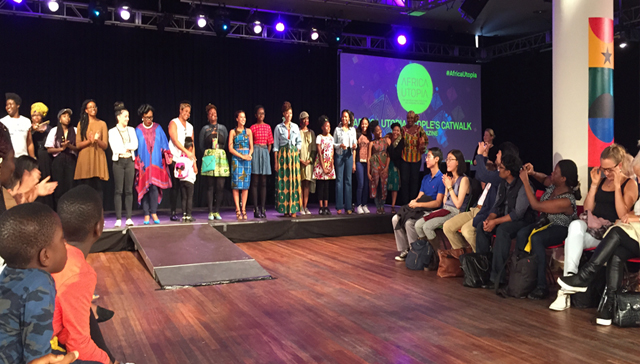 We were captured in the Utopian spotlight of the ‘Diaspora Calling Fashion Showcase’.
Curated by Soboye, from the fashion and lifestyle brand of the same name, who brought together a team of leading designers from the African diaspora to present inspiring women’s wear, menswear and accessories. Designers showcased included Richard Braqo, Nique Forde, Tina Lobondi, Prey of London, Ejiro Amos Tafiri, ToyShades, Uptown Yardie, Bola Obileye of TOTÉ Collections (who also stared in the People’s catwalk) and Dolapo James of Urbanknit. 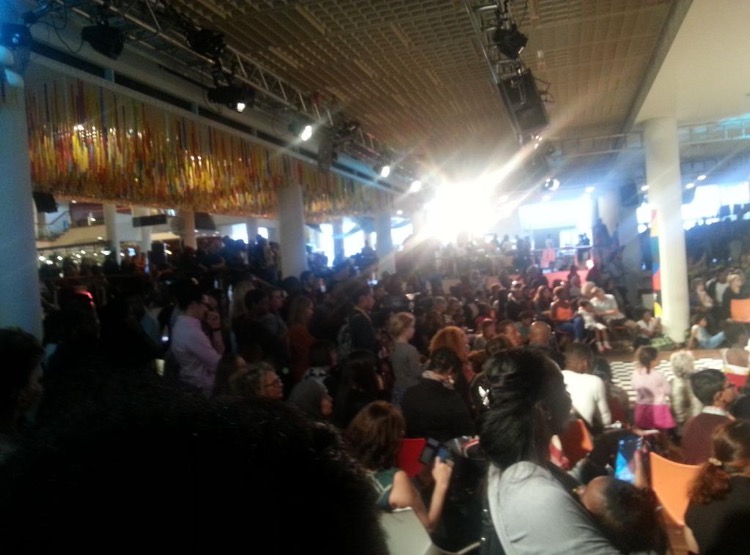 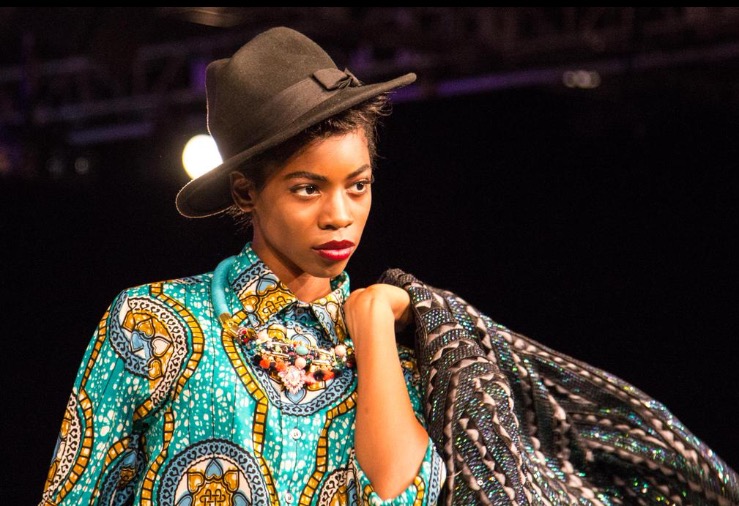 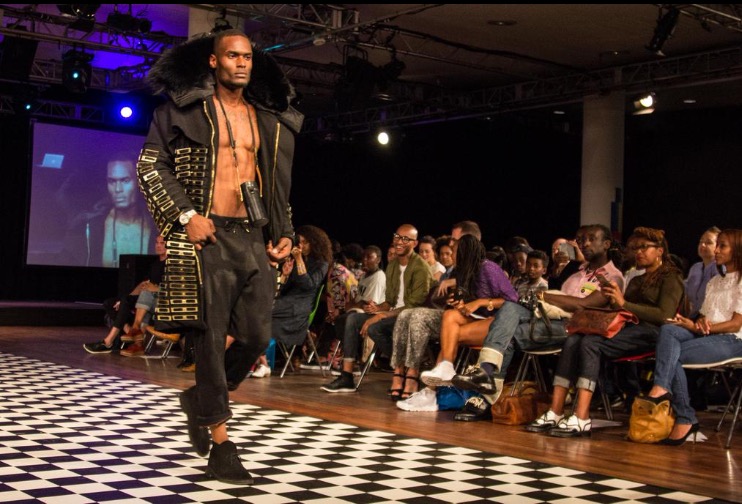 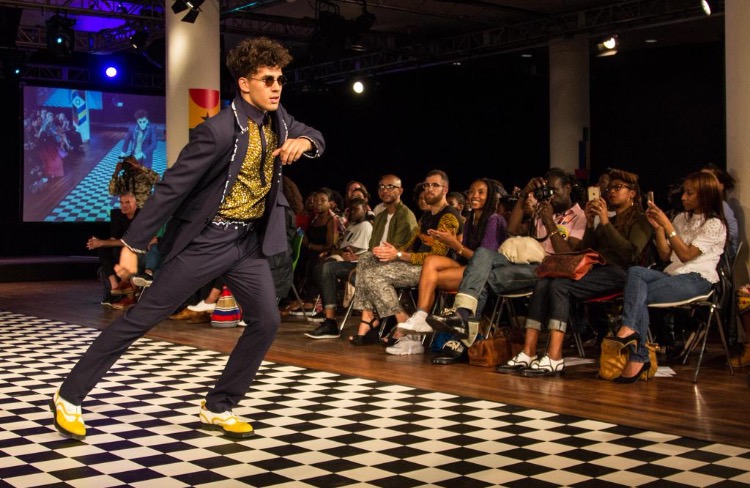 Africa Utopia Market Hall
We spoke to a number of creative market hall traders and will be bringing you exclusive interviews soon.
If you were trading at #AfricaUtopia15 and we didn’t get a chance to speak with you, but would like to be featured, please email: updateus@africafashion.co.uk – Thank you.

Africa Utopia also featured a synchronised hackathon. Two female-led teams of technologists, idea generators and technical experts work together in order to create an innovative solution to one of the UN’s designated target issues. In this case, Gender Equality. Mariéme Jamme, founder of Africa Gathering, was at Africa Utopia to lead the #Genderhack team. At the same time, another team in the USA was working with them online to help drive the project forward.

The most impressive thing about Africa Utopia was just how varied and well organised this refined event was, especially given that it is only in its 3rd year.

If you didn’t make the festival we hope you enjoyed our snapshot of the event and we encourage you to attend next year! You won’t be disappointed.