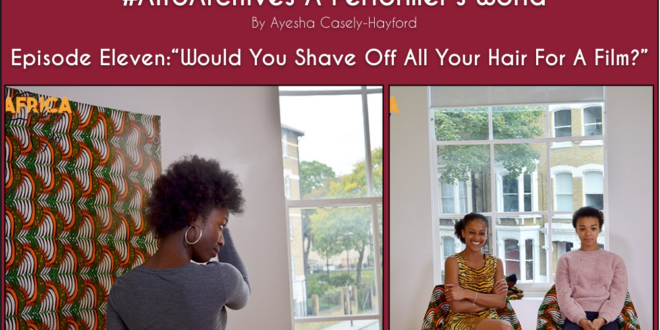 Would You Shave off All Your Hair For A Film?

This month’s Afro Archives Episode Eleven brought a mixed bag of responses to this question “would you shave off all your hair for a film?”: 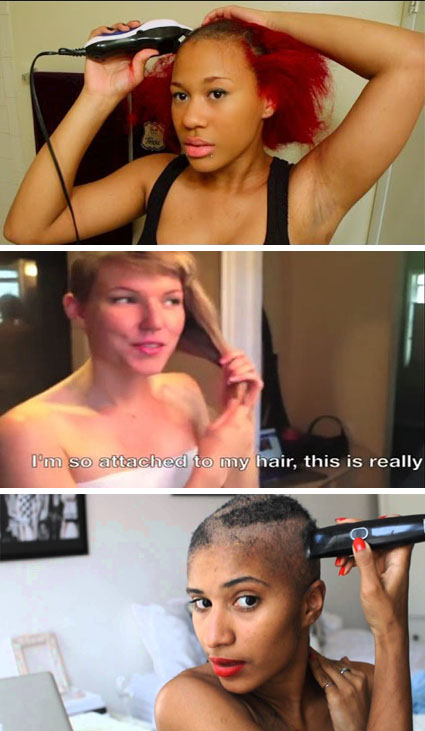 “I wouldn’t even consider it” – Ketorah Williams

“I would do it in a heartbeat”  – Judith Quin

“I don’t think I’m defined by my hair. My hair’s just something on the top of my head” – Anni Domingo

There were similarities on what was said by the women with afro-textured hair who talk about the length of time it has taken to grow their hair. Across everyone there were some inhibitions about how it might look, the unwanted accentuation of the face afterwards and the connection between being attractive and being a woman and the part hair has to play in that.

For some it was a hard question to answer whilst others answered affirmatively without blinking an eyelid. All of the men shrugged it off as something they would happily do or had already done before. But what was most inspiring from the responses was the beautiful brave spirit of actors. Once the issue of money and not being exploited was out of the way, pretty much everyone spoke about the importance of connecting to the character and wanting to tell the story.

That when it comes to the core of it, hair doesn’t matter, we love acting. Full stop. Articulated beautifully by actress Annabelle Brown – “one of the very many many lovely things about getting to do our job, when we get to do our job, is having those things that are completely other from you done, and doing that in a wonderful, and extreme change”. A refreshing release, liberating change, be who we are, which is more than our hair.

In Afro Archives Episode Twelve, the final in the series, I asked the actors to reflect on what they like best, about their hair. It got emotional.

If you missed the introduction to Afro Archives catch up here. Next and LAST episode of #AfroArchives, released throughout December, “What is The Best Thing About Your Hair?” – let’s keep chatting hair.