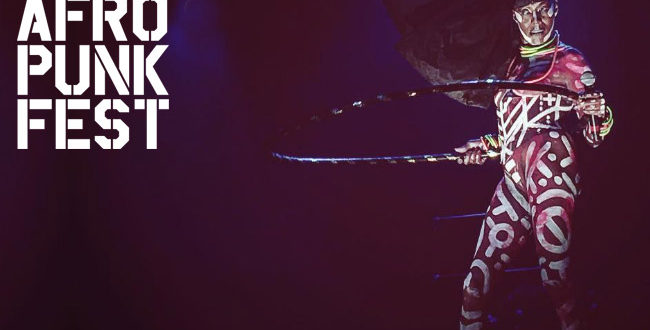 AFROPUNK – A Carnival of Consciousness

AFROPUNK’S UK debut arrived on a warm September Saturday afternoon at Alexandra Palace in North London. From the initial announcement of the event it had everyone talking in the music industry and beyond. From the original headline act M.I.A being dropped, [following the outrage caused by her comments on the Black Lives Matter Movement] to the buzz of the countdown to the event.

Having begun in Brooklyn New York in 2005, as a celebration of black people within a punk subculture, founders Matthew Morgan and Jocelyn Cooper took AFROPUNK international, with events in Atlanta and Paris. So it was only a matter of time for London to finally experience the unapologetic vibrancy that is AFROPUNK!

Saturday the 24th of September the wait was over…and AFROPUNK  would make its core message of unity clear for all to see.

AFROPUNK LONDON’s website promised ‘an eclectic line-up and an audience as diverse as the acts they come to see’, and it did not disappoint.

There was certainly a good vibe to the festival, one which seemed to catch everyone in attendance and most importantly, they came ready to party.

The street styles made London’s most fashionable High Streets look glum. There were some jaw-dropping styles that graced Ally Pally like a sea of confidence in bold colours and carefree flow. Plenty of outfits creatively showed expression unique to the individual and cameras were at the ready whether press or attendees, wanting to capture the magic and celebrate the expression of what it means to be at Afro Punk.

Alongside the music, the green & white canopies marked the spot for shopping, where a number of traders with African inspired products sold their bespoke goods from fashion, jewellery, arts, crafts and textiles. No festival would be complete without a food, and as long as you had the patience to que, some of the pop-up restaurants were definitely worth the wait.

It was also great getting to meet some of the team from the Gal-dem, another great digital platform creating stories of diversity that the mainstream media doesn’t represent or reflect and so also doing it for themselves!! I picked up a copy of their first print magazine and had it signed! It’s a beautiful publication that speaks truth through real-life stories and images about diversity and celebrates sisterhood across age ranges.

The Musical line up

AFROPUNK’s message is about “POWER TO THE PARTY,” encompassing education, political awareness and self-empowerment. Respect, breaking down stereotypes, and celebrating individuality are key to the AFROPUNK ethos, and it’s a ‘safe space/no hate’ zone for creativity.

There were more than 30 acts across three stages: 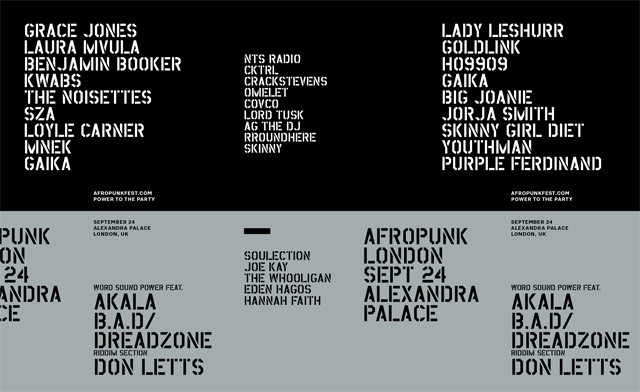 With the original format of the festival out growing its roots, the expansion of additional music genres has opened it up to a wider audience. The Soulection stage oozed passion for the art of music and had some of today’s most popular acts making the audience lively, from DJ’s, singers to rappers we were spoilt for choice! From the UK’s Akala, Hannah Faith and Jorja Smith, to America’s Goldlink, SZA, and IAMNOBODI, amazing performances were delivered across the board…By the way, if you don’t listen to Soulection Radio you are missing out.

The ‘No Hate’ stage set the scene for the headline act, Jamaican singer song writer and model Grace Jones. This was my first experience of the legend that is Grace Jones and the performance was certainly theatrical, surprising and often mesmerising! A fabulous figure at 68 years old, her performances were memorable and included her 1985 classic ‘Slave To The Rythm’.  She wore a skull mask, black gown, grass skirt and corset, to later reveal her body paint tribal patterns whilst effortlessly hula-hopping throughout…It was easy to see why she’s often described as a groundbreaker for many. Pushing the limits outward with her music and own unique style of attraction.Unfortunately, my phone died and was unable to shoot video, but I’ve searched Instagram to show you the best clips of Grace in action. 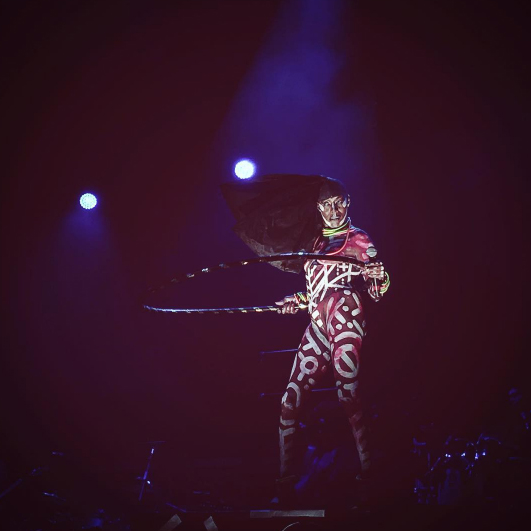 @gracejonesofficial she is living walking breathing art!!! Can’t believe I have actually been in the same place as her!! #inspiration #art #Fashion #Music #afropunk #afropunklondon #GraceJones

‘You can call AFROPUNK’s Carnival of Consciousness a festival if you want — but that wouldn’t be exactly right, at least not by the definitions of “festival” developed over the last decade. Is it a conference, retreat, salon, seminar, a rave- a happening, think-tank, a maneuver? Yes, to all of the above. We prefer to think of the Carnival as a new type of open cultural space and gathering of like-minded people.’

In a world where we read, hear and witness glum news often related to a lack of respect for each other as one race, AFROPUNK is a much needed festival/Carnival of consciousness, not only in Brooklyn, Paris and London, but worldwide. Regardless of country, race or sexual orientation the atmosphere of unity, glued by the music, along with self-expression was so refreshing. Reminding us of the importance to celebrate each other’s differences and being comfortable in your own skin.

The next stop for AFROPUNK,  is said to be South Africa and I wonder if the line-up will include some their great house music artists such as Mi Casa Music and Black Coffee – just a thought!

If you’d like to know more about the history behind AFROPUNK, continue reading below: 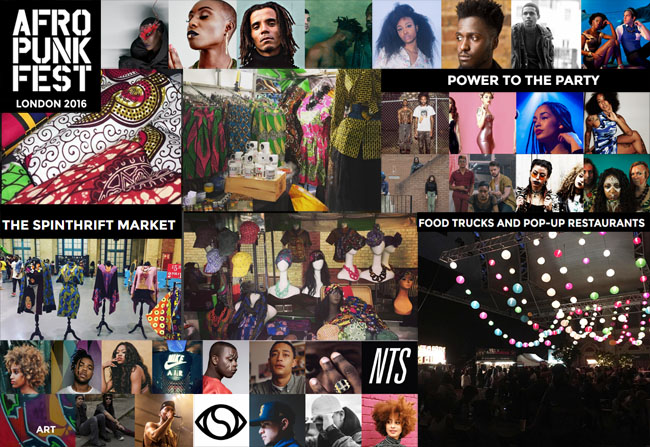 Since 2005 Brooklyn New York, has been home to the annual music festival Afropunk, which takes its name from James Spooner’s 2003 documentary film, exploring race identity within the punk rock lifestyles. Renamed Afropunk from the original title ‘The Rock N Roll Nigger Experience’, the documentary explores a wide range of issues such as ‘exile, loneliness, interracial dating, being the ‘only black person’, work, black business and black power’. Conformity Vs Non-conformity weaves through all the themes and most notably freedom, the freedom to go beyond the norm to explore your passions to live your life.

Though the festival opened the way to provide black people with an opportunity to start a community amongst predominately white punk subcultures, the festival has extended its reach covering a variety of genres reflecting African-American culture.

If like me, you’re someone who’s not really experienced punk subcultures, I’d encourage you to watch the documentary here: