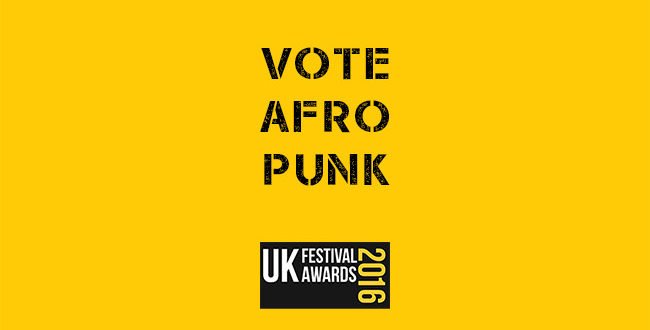 The 13th Edition of the UK Festival Awards will take place on November 28th 2016 at the Roundhouse in Camden. Since its launch in 2004, it has evolved into a major industry event and its awards are now highly coveted by festival organisers. All the nominations honour the vision, creativity, expertise and effort that ignites music festivals across the UK. Most importantly, it’s not just industry insiders who get to cast a vote but festival goers too. Last year over half a million votes were cast, making it the benchmark by which festivalgoers rate their experiences.


Now this is the part where you come in!

As we know, a number of our readers attended the London debut of a long awaited Music festival this year, which its organisers refered to as ‘A CARNIVAL OF CONSCIOUSNESS’ as opposed to a festival…

“You can call AFROPUNK’s Carnival of Consciousness a festival if you want — but that wouldn’t be exactly right, at least not by the definitions of “festival” developed over the last decade. Is it a conference, retreat, salon, seminar, a rave- a happening, think-tank, a maneuver? Yes, to all of the above. We prefer to think of the Carnival as a new type of open cultural space and gathering of like-minded people”

Congratulations to AFROPUNK’s organisers & team for being nominated in 5 categories at this year’s UK Festival Awards!

The Award winners are decided through a combination of online fan votes and music industry experts. Africa Fashion readers have the opportunity to vote for AFROPUNK under the following categories:-

We really encourage you to cast your votes for AFROPUNK by clicking here.

While supporting the amazing AFROPUNK team, you’ll also get a chance to win Isolate ear protectors & VIP tickets to every winning UK festival in 2017! 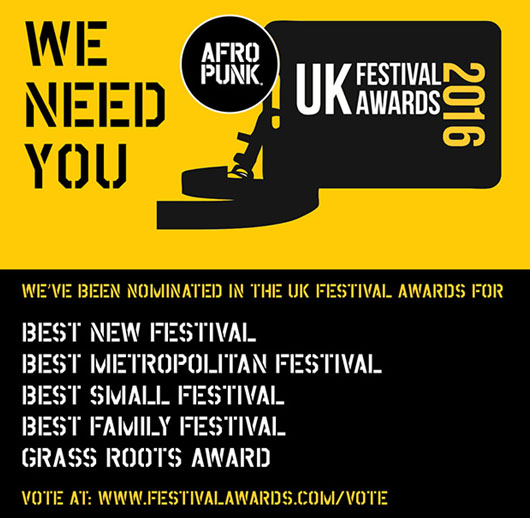 Once you’ve voted, we encourage you to press play on AFROPUNK’S After Movie!

Want to know what the other catergories are?  Well here they are…

Awards voted upon by the festival-going public

Awards voted upon by the festival-going public

Awards decided upon via panels of relevant experts

Awards decided upon via panels of relevant experts 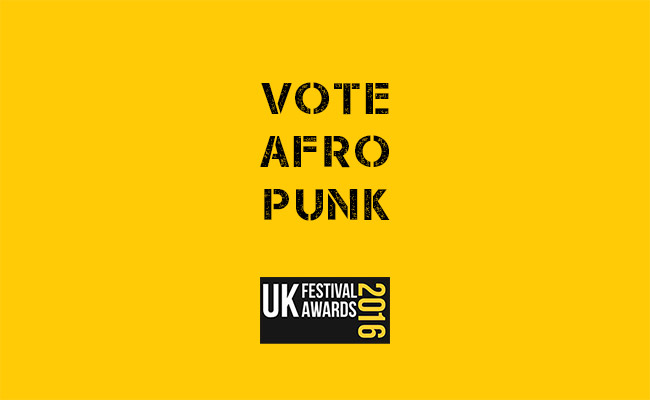