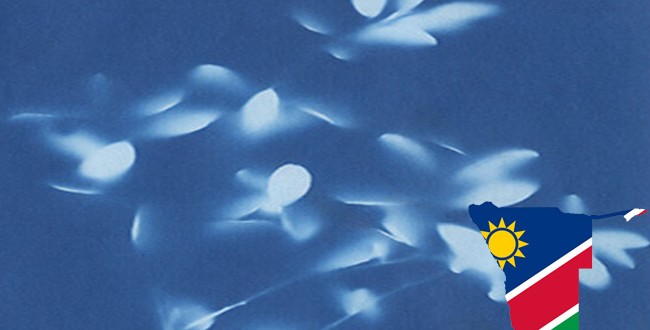 Beauty in a Namibian Blade of Grass

As the famous actress Eleonora Duse once said, “If the sight of the blue skies fills you with joy, if a blade of grass springing up in the field has power to move you, if the simple things of nature have a message that you understand, rejoice, for your soul is alive”. This emotion behind this quote is what moved Namibian writer and artist Marita van Rooyen to create a fantastic series of very special images, which are now the subject of a special exhibition at the Franco Namibian Cultural Centre (FNCS) in Windhoek from 13th July until 1st August.

What makes this collection of images so special is the technique used to create them, cyanotype photography. If we tell you that the process was originally made popular by engineers who needed a low cost way of creating copies of their drawings – and that the copies were referred to as blueprints – then you’ll understand just how widespread this old technique was 100 years ago.

In 1841, Anna Atkins was taught how to capture images by the famous inventor and photographic pioneer Henry Fox Talbot. As such, she became the world’s first female photographer. A year later, she learnt the cyanotype process and within a year had produced her first book of these amazing blue images.

And it is this female-pioneered technique that Marita van Rooyen decided to teach herself.

But why images of grass?

There are almost 400 varieties in Namibia alone and it provides the basis (directly or indirectly) for half of all the calorie intake of the population.

Marita hopes that by learning to appreciate the subtle beauty all around us, it will lead us to a great understanding of the overall magnificence of this world.

Following her degree in journalism, Marita van Rooyen took a Masters Degree in Documentary Photography. While working on her collection of cynotype images, this incredible woman found time to set up SunCycles – a revolutionary concept in transport for sunny countries.

“In Namibia, we’re very proud of our super sunny conditions, but unfortunately it’s not yet paradise”, says Marta. “In my hometown, they are facing increasing challenges – especially in terms of air pollution, traffic congestion and the high cost of transport”.

Bicycles are the most efficient and affordable way to move people and goods, but how do normal people travel great distances at a decent speed with minimum effort?  By mounting a small motor on the hub of the front wheel and a battery where you would normally have a water bottle, you only need add solar panels to the rear and you have a great way to augment the standard cycle.

Marita learned all about cyantype herself and that ‘need to educate’ is strong with her. Her company plans to set up workshops where people can learn how to design and build their own Sun Cycles.

Her story is an inspiration and we encourage you to find out more about this event here. 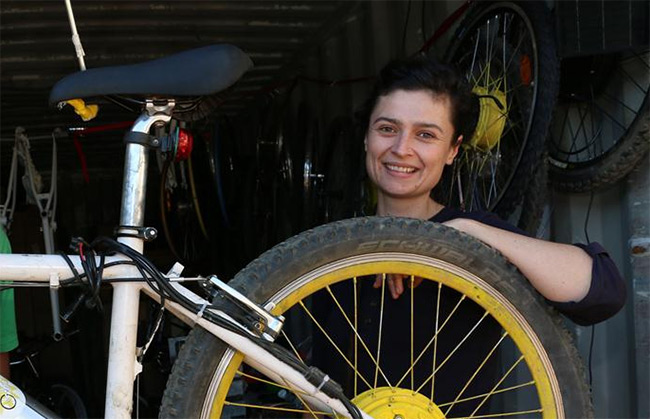