Does Black History Month do enough to celebrate our culture?

Saturday 10th October sees African On The Square kick off in Trafalgar Square, right the heart of London. Roll the clock back just 30 years and the only African-related event in London was the permanent protest against apartheid in South Africa. 2015 also sees the UK celebrating the 50th anniversary of the race relations act, a landmark piece of legislation that made it illegal to discriminate on colour. With so many positives, African fashion takes a small step back to consider whether black culture is being celebrated enough in the 21st century.

Carter G Woodson was the editor of the Journal of Negro History for 30 years. In 1926, he established African Caribbean celebrations in America – and that tradition continues to this day as Black History Month each February. Here in the UK, Black History Month was initiated by Akyaaba Addai-Sebo in 1987. He was coordinator of special projects for the former Greater London Council and now Black History Month is celebrated in the UK every October, with over 6,000 events taking place across the country.

Globally, these celebrations are termed ‘Kwanzaa‘, a name whose roots come from the Swahili term ‘matunda ya kwanza’ or ‘fruit of the harvest’ – and it’s a time to celebrate seven key principals:-

Here in the UK, the aim of Black History Month is to:-

While this effort has to be applauded, there are still quite a few criticisms levelled at Black History Month – the key one being ‘Why should the focus on black figures of historical significance be confined to one month of the year, a single month of hero worship?’.

David Olusoga is a British-Nigerian historian and broadcaster who says, “Black British history needs to be more than just the history of the black experience. It is the history of a relationship between Britain and people of African descent. It is a centuries-long epic of trade, mutual fascination, inter-marriage, exploitation, exoticism, eroticism, confusion, misunderstanding and tragedy; a history that takes place on three continents, and which has permanently reshaped the demography of Britain and much of the world. Black British history is our joint history and it should be much more than the search for and the defence of black heroes”.

It’s easy to see where that kind of academic analysis comes from, but youngsters like Samuel King have absolutely nailed the feelings of many young black people when he asks, ‘What wasn’t I taught in school‘. It’s a 6 minute spoken word film in which Samuel puts a powerful argument to his teacher about the failings of Black History Month – as it stands today. The 6 minute short film starts slow, but Samuel builds to a strong flow by the end:-

Samuel names the likes of Patricia E. Bath, King Musa I of Mali, Mary Prince, Sir Trevor McDonald, Ella Baker, Septimius Severus, Fuse ODG, Jamal Edwards, Garrett Morgan and Kwame Nkrumah as individuals he could be taught about. His key argument centres on, “There seems to be a lot you haven’t told us, and you shut down and hold back on the bold ones who stand against the way you’re trying to mould us”.

Africa On The Square takes place on 10th October 2015 and, we hope, will become an ever larger part of the calendar – and a focal point for Black History Month.

There are a number of useful hashtags, which we encourage you to explore, including: #BlackHistory365, #UnspokenLegacy, #BlackUnity, #BlackHistoryMatters, #EachOneTeachOne and this link on Instagram to Adam Brooks – youth educator, mentor and coach, whose passion is empowering and raising the level of aspiration in children and young people.

Africa Fashion encourages everyone to seek out events in their local community. Local boroughs normally have their events listed online. To make your research easier, we’ve highlighted some of the events taking place during the course of Black History Month for you below.

For a comprehensive event listing please visit the Black History Month website for more information about how you can get involved.

Black Georgians: The Shock of the Familiar
9 October 2015 – 9 April 2016 at the Black Cultural Archives

Africa on the Square is organised by the Mayor of London for Black History Month 2015. The event is sponsored by Lebara and Air France, with media partner support from The Voice. It is programmed by Open the Gate.
Starts:12 pm
Web: Open The Gate London.Gov.uk
Twitter: @LDN_gov @OpenTheGate #Africainthesquare #AfricaLDN
Facebook

Ballet Black has made a program in their image, one that not only showcases their dancers but frames their identity.  A Triple Bill at the Millfield Theatre, is a choice of exciting works put together like a musical concert, by Kit Holder (Birmingham Royal Ballet) and Will Tuckett (Royal Ballet). Mark Bruce makes the company’s newest narrative ballet, Second Coming; inspired by Yeats’ poem of the same name.
Starts: 7:45 pm
Web: balletblack.co.uk
Twitter: @BalletBlack #SecondComing
Facebook 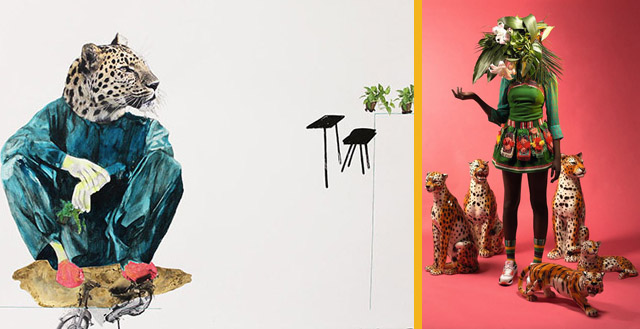 An exhibition of literature and music – from the great African empires of the Middle Ages to the cultural dynamism of West Africa today. Beautiful manuscripts, historic film and sound recordings, books, photographs, and woven and printed textiles offer a unique insight into a profound and engaging literary culture with centuries-old written heritage existing alongside ancient oral traditions.
Opening times and Ticket info >
Twitter: @britishlibrary
Facebook 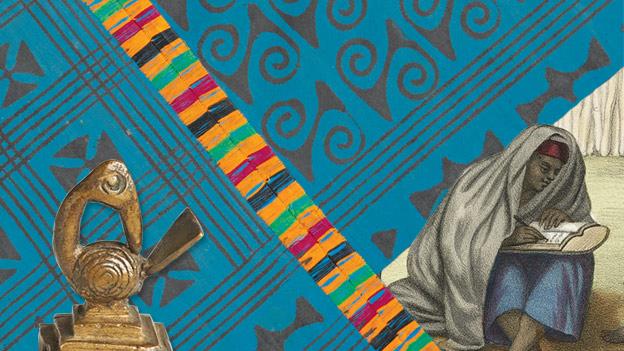 Directed by Mass Appeal’s Sacha Jenkins, executive produced by hip hop superstar Nas and featuring interviews with Kanye West, Pharrell Williams, Diddy and Pusha T, the documentary charts the meteoric rise of the relationship between hip hop and fashion. A panel discussion after the screening with speakers including: Wale Adeyemi MBE, founder of B-side, Marc Hare founder of Mr Hare, Rich Blk curator and designer (Fila, Sean John) and Claudine Rousseau, Head of Fashion Sportwear at the London College of Fashion.
Your film ticket gets you entry to an afterparty at London Fields Brewery, Warbuton Road, E8. An immersive night of music, fashion and film not to be missed.
Twitter: @riocinema
Facebook 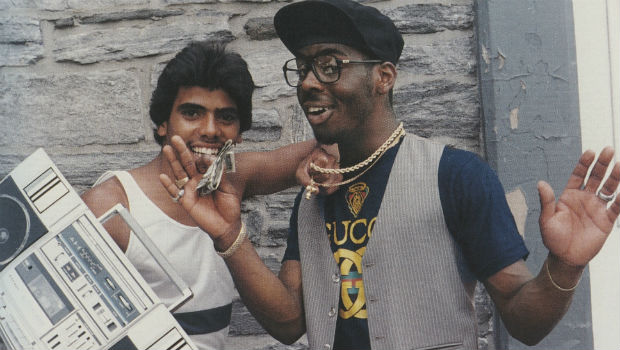