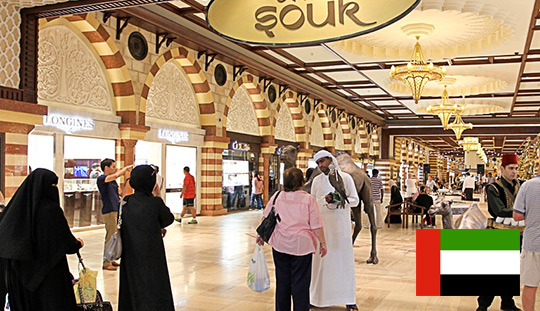 Over the past 20 years, travelling to Africa gave you the distinct impression that northern trade centered on the Emirates, West African commerce with Nigeria as its hub and that Sub Saharan trade emanated out from South Africa. Yet, until recently, internet commerce in these countries was relatively low compared to areas like Europe or the Americas.  On-going research by institutions like McKinsey indicates that African economies may be reaching a tipping point, with fashion set to lead the way.

In Europe, we are seeing the rise of Lidl and Aldi as the leading mini-supermarkets. Their growth strategies are similar, in that they target areas on the map where ~10,000 people are not living within a certain distance of a major supermarket – and that is where they place the next store. Perform the same kind of analysis in Africa and you can find areas where >20 million people are being serviced by only a handful of shopping malls. Without that ‘focus’ to the retail experience, it is hard for stores to attack an area with any degree of certainty or economy.

At the same time, buying online has proven tough – even in the Emirates and South Africa. You only have to go back a handful of years to see that the online purchasing model really hadn’t even begun to penetrate the most affluent regions.

Looking at research from McKinsey and others, that could be about to change. The organisation’s predictions for where Africa will be (in terms of internet access/usage) 10 years from now are impressive:- 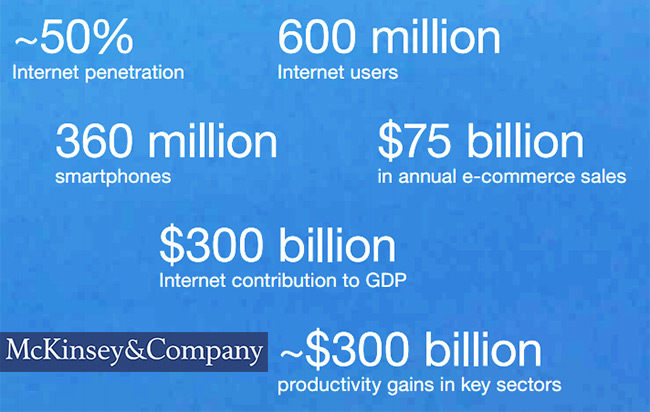 The key lies in two areas: Firstly, courier companies have seen the growth that Amazon has enjoyed across the planet and there are now many more ways for a safe/secure delivery to be made – along with address/identity confirmation. Secondly, the advent of fast mobile broadband speeds and low-cost/high-function smartphones means that areas which were previously cut off from high-speed internet communications, are now able to access the world.

It will be hard to overcome human nature though. We all enjoy browsing markets, speaking with store owners who have in-depth knowledge and that kind of traditional shopping for fashion means that we can get hands-on with the materials themselves and even get adjustments done professionally at the point of sale.

But there is limited growth in that model – and a lack of will power from governments and private firms to create a strong of massive shopping malls across the continent – ahead of the widely predicted economic growth that Africans are set to enjoy over the next 100 years.

In the West, 100 years of putting copper cable in the ground and building huge malls, created a society with home-based internet and the idea that we ‘travel to pick up’ our purchases. By starting now, Africa will leap-frog the out-dated Western model and move straight to home deliveries from across the globe.

With a potential audience the size of ‘anyone with a smartphone’ and zero cost to build actual shops/malls, we can expect to see a massive increase in the sale of fashion items into all 55 African countries over the next 20 years. Once on line, those fashions can be sold to the world and, hopefully, African fashion will begin to influence the furthest corners of the globe.

Once marketeers understand how much money is in each region and the locals’ buying habits, then we will begin to see a massive proliferation of shopping malls – full of fashion.