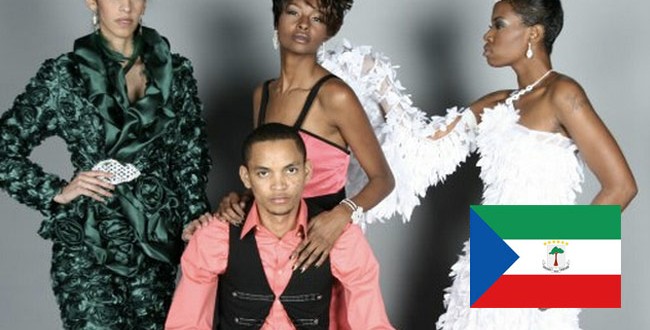 While every person on the plant considers clothing on a more or less regular basis, Africa Fashion has noticed that there’s nothing like a good oil discovery to boost a nations consumption of the finest couture. Never has that been more true than for the tiny state of Equatorial Guinea on the west coast of Africa, just south of the Cameroon Line of volcanos.

With a total population that’s smaller than Birmingham in the UK, Equatorial Guinea is now one of the largest oil producers in the world. Per person, it should be the richest country in Africa, but there is still a huge disparity between rich and poor – and centuries of under investment in the country’s infrastructure mean that is badly needs roads, schools and hospitals.

But the government is trying to be progressive and recent visits from heads of state like President Obama mean that change will come in the next two decades at an enormous rate.

As money floods into the country, so fashion will flood into the stores – with internationally famous brands as well as the best work from young local creatives like Lucas Nguema Escalada.

Since its inception in 2000, Malabo International Fashion Week has has a distinct theme. Last year it was survival, in honour of magazine editor Maria Nieves Ela Asumu who ran the fashion magazine Ewaiso. She died before her time, so the show was dedicated to Maria.

Malabo is not only the capital of Equatorial Guinea, it is also a city steeped in history. Originally a Spanish port, it was leased by the British following the abolition of slavery in the UK in 1833 – so that rogue traders could be stopped when trying to leave West Africa.

Now the country is very much trying to take a positive step forward – celebrating designers and artists from across the region.

To get an idea of what to expect from this December’s show – have a look at last year’s Facebook page!

For up to the minute information about the country as a whole, we suggest this site.