While most of the mainstream media is focused on the Destiny’s Child reunion happening on the main stage, for us the real story is just how much African representation there is at this year’s event. With 13 top artists from Africa on stage on 2018, it must have been some treat for the +125,000 music fans a day that turned up at the Coachella Valley Music and Arts Festival (50 miles inland from Los Angeles) at the Empire Polo Club. Don’t worry if you didn’t attend in person, we have some cool streaming links for you!

While the venue has held equestrian events since 1987, the launch of the Coachella Festival in 1999 really put this venue on the global map.

So who will be entertaining the crowds?   Here are some of the biggest highlights:-

Previous Welcome to Wonderland:The Experience Part II
Next Will Enninful drive to launch Vogue Africa in 2018? 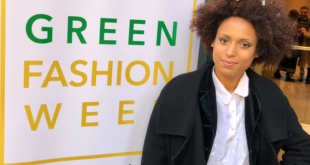