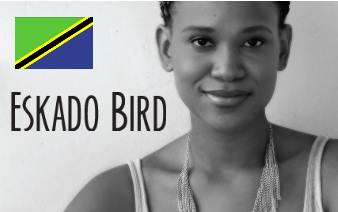 Inspired by the Afropolitan movement that is gaining momentum across the planet, Eskado Bird is a lifestyle and fashion brand that is based in (and emanates out from) Dar es Salaam, the capital of Tanzania.

“People who choose my clothes must have a little of the peacock inside them”, says the founder of Eskado Bird. “Even my more subtle designs always include a splash of colour, to draw the attention”.

When Jacqueline Daniel had her final child, a daughter called Doreen, it inspired her to re-brand her clothing boutique and call it ESKADO, a name made up from the first two letters of each of her daughter’s three names. Her mother let her play ‘shop keeper’ from the time she was 3 years old – and the habit stuck.

When Doreen (Estazia(ES) Kang’wa(KA) Doreen(DO)) Noni was old enough, she decided to launch her own brand – Eskado Bird. Noni is a kind of bird found near her father’s village in the north of her homeland, which Noni felt gave her a welcome connection with her past, while also looking to the future.

At just 23 years of age, this young designer had already won multiple awards and plaudits from magazines across the continent, including Nigeria’s top fashion publications which named her as ‘one of the 9 African fashion brands most likely to rock the world’. 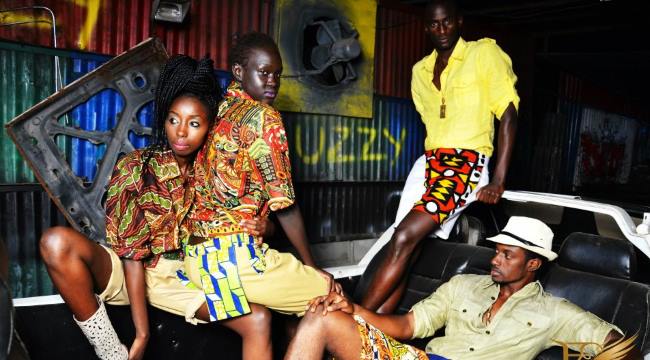 In her formative years, she studied film and animation at Nottingham Trent university in the UK, before returning to Tanzania. Everywhere she has lived, her friends have always asked her to style them and she soon turned those requests for advice into the creation and sale of stylish individual pieces.

Doreen has strong views on how youth should be encouraged to develop and you can read more about her work in this area here.