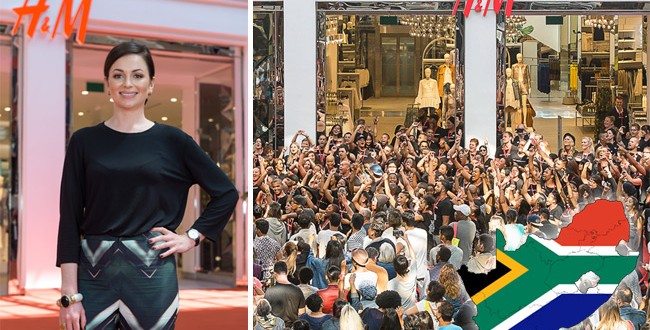 With 3,500 stores across the globe, Swedish fashion retailer H&M is Europe’s second biggest clothing retailer and its eyes seem set on expansion into new markets. Hennes & Mauritz enjoys sales of more than $22 billion, yet its value on the stock market is closer to $70 billion – a strong indication that its future plans are making investors confident. Having created 600 jobs already in South Africa, the retailer plans to increase that dramatically over the next 12 months. As the company opens a brand new 50,000 sq ft store in the V&A Waterfront, Africa Fashion spoke with H&M’s Amelia-May Woudstra to find out more.

After starting her career in the airline and financial services sectors, Amelia became an assistant fashion editor with Afrikaans women’s magazine Sarie in 2008 and, after 6 years with Ogilvy PR, she joined H&M in February.

The expansion plans for sales in Africa are welcome, but what about production?

“H&M will be manufacturing some clothing in Africa”, Amelia told us. “In fact we have already started in Ethiopia”.

Good to know, what about the materials themselves?

“We have already started to source materials locally in Ethiopia, on a small scale”, she replied.

It’s great to see such a large organisation take an interest in the local markets. Traditionally, H&M would source much of its clothing from Asia, but adding in a solid, local supply chain makes sense to us. That said, there is the age old dichotomy that when a global player increases business in a country like Ethiopia, it tends to improve the lives of the workers in that supply chain, which raising living standards and can, in turn, raise the cost of production. A good problem to have from the Ethiopian government’s point of view.

Equally good news for production facilities that partner with H&M in Africa, is that the company has very well defined rules for both product quality and ethical conduct.

Ethiopia has set itself a goal, to export $1 billion in textiles each year in the near future – so a ~1 million unit per annum order run rate from H&M would go a long way toward making that possible.

The timing of H&M’s announcements fall perfectly with the launch of the Hub of Africa Fashion Week in Addis Ababa, alongside Africa Sourcing and Fashion Week, as the continent looks to throw off the various political instabilities that have marked its public image in the past – moving toward a much more positive future.

One last question for Amelia: Is it possible that African designs/designers will influence H&M globally?

We thank Amelia for taking the time to answer our questions and we applaud H&M’s decision to increase it’s expansion in Africa – offering affordable fashion to an ever increasing audience.

Sourcing local talent, materials, production and inspiration is exactly the way that a multi-national like H&M should approach the African market. What Africa Fashion would love to see is major organisations like H&M committing to long term investment in the people of Africa – from the development of new design talent, to the organic growth of new materials and complete manufacture within the continent. From its work with Ethiopia and South Africa, it certainly looks as though H&M has started to take the first important steps down a positive path. Collections like Conscious Exclusive  draw inspiration from Africa and also show a commitment to recycling and sustainable fashion.

Finally, here’s a shot of Amelia outside one of H&M’s latest stores during a quiet moment – in stark contrast with the scenes outside the 50,000 sq foot V&A Waterfront store opening, as thousands gathered to see just what H&M has on offer. Let us know what you think over on Facebook. 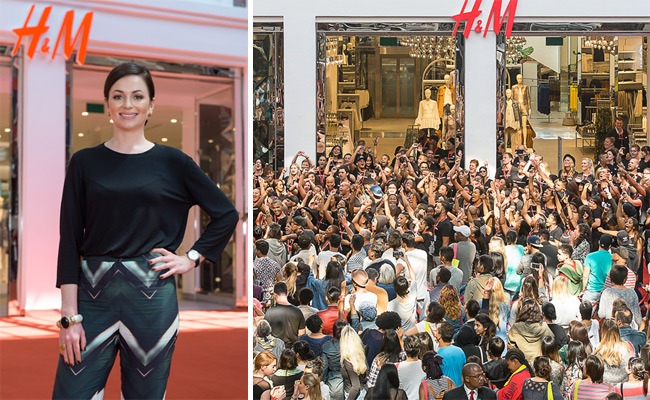