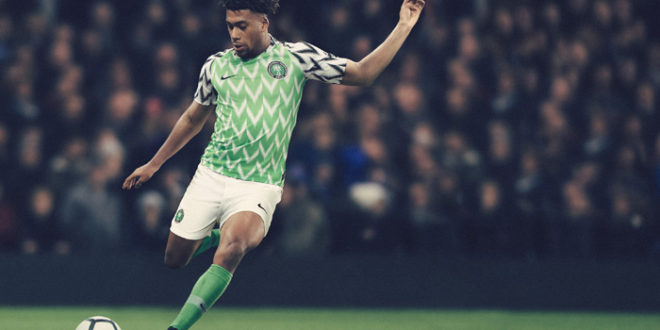 Are you ready for a month long festival of football?

With the 21st edition of the World Cup taking place in Russia from 14 June – 15th July, those of us who like the glorious game are relishing in the upcoming month that will be a festival of football.
Even you aren’t really feelin’ the football frenzy, you’ve probably heard that Nike have scored well by creating a Nigerian kit in high public demand.

After Nigeria’s friendly against England today, who were trailing 2-0 at the start of the second half, a change of formation and Alex Iwobi’s sharp goal finish got Nigeria back into the game temporarily, but they didn’t claim victory losing out to England 2-1.

If World Cup kits were a competition – then Nigeria & Nike have thrown down the gauntlet to the rest of the 31 teams, to take the whole competition out in one foul swoop. Three million people pre-ordered replica shirts, according to the Nigeria Football Federation, and yesterday’s official kit release saw the home and away shirts priced at £64.95, sell out in less than 20 minutes on Nike’s website.
Super Eagle fans arrived outside Nike’s store in Oxford Circus, London, hours before its 10 am opening time to ensure their purchase of the official kit.

he queue of people waiting to get their hands on the New Nigeria Jersey today. Watch my report tonight at 1730gmt on BBC Focus On Africa #Nigeria #SuperEagles #Russia2018 pic.twitter.com/UsyxaKxb64

“With Nigeria, we wanted to tap into the attitude of the nation,” notes Dan Farron, Nike Football Design Director. “We built this kit and collection based on the players’ full identities. We started to see trends in attitude and energy connecting the athletes to music, fashion and more. They are part of a resoundingly cool culture.” 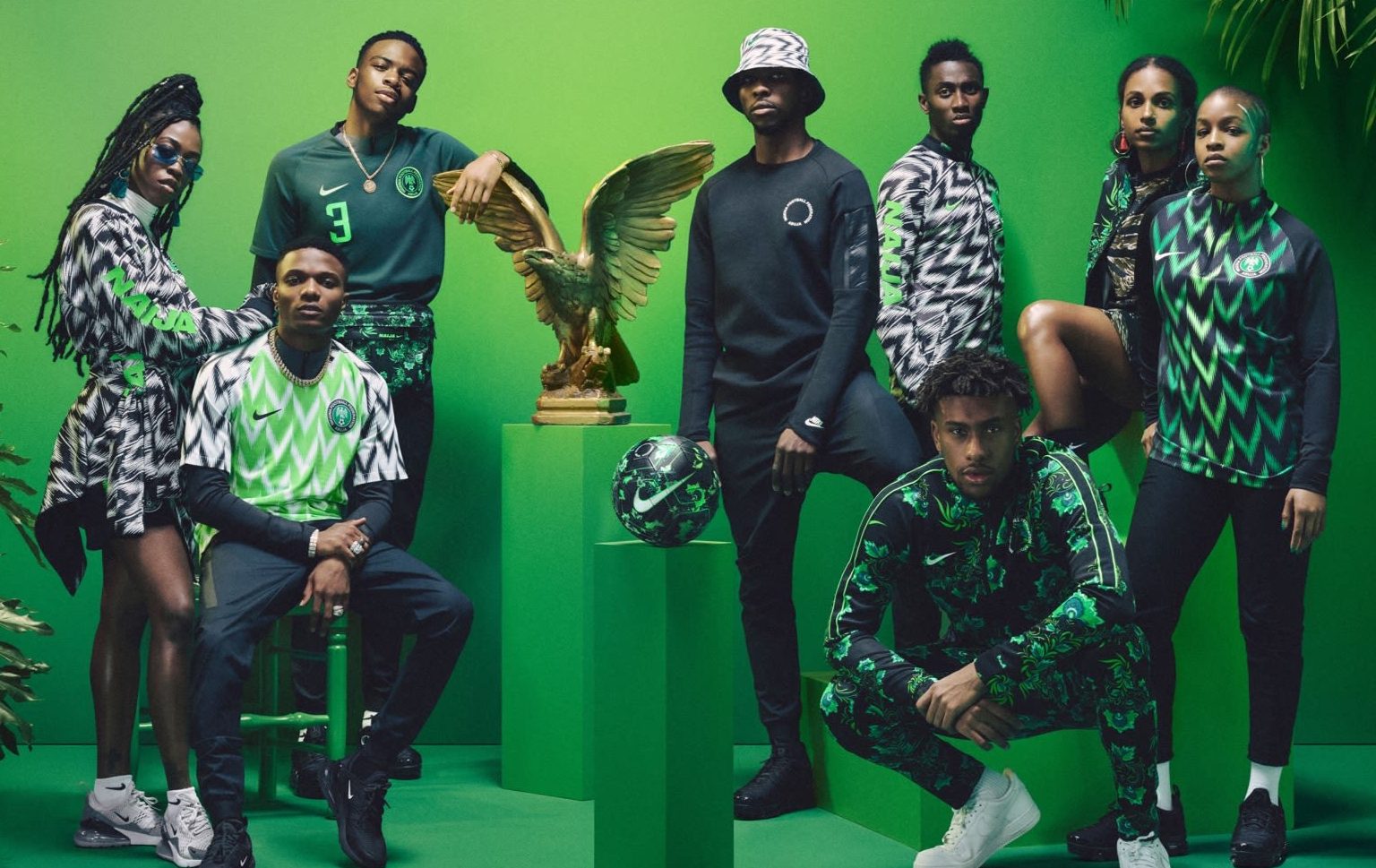 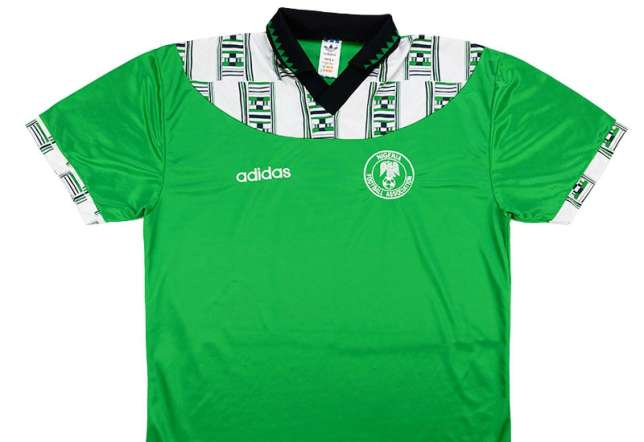 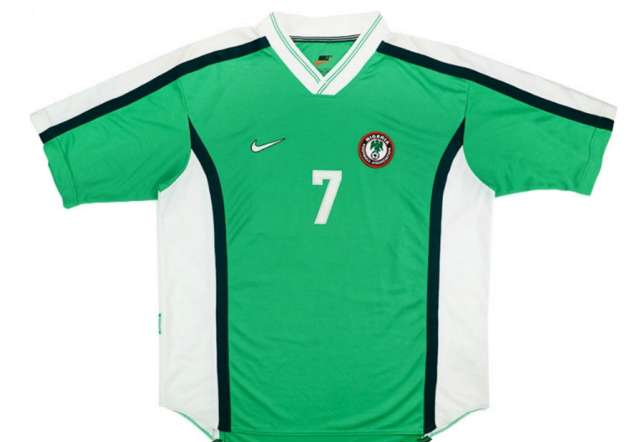 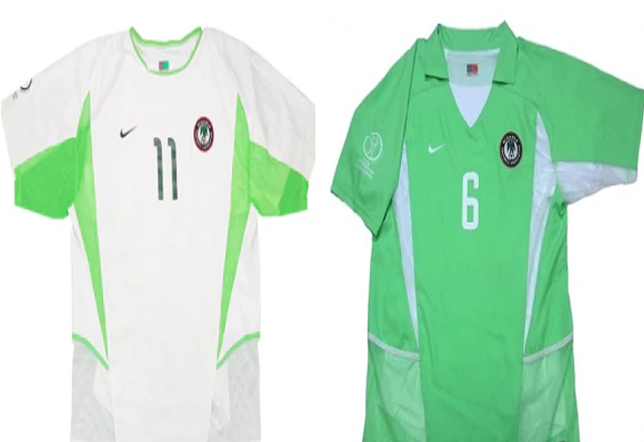 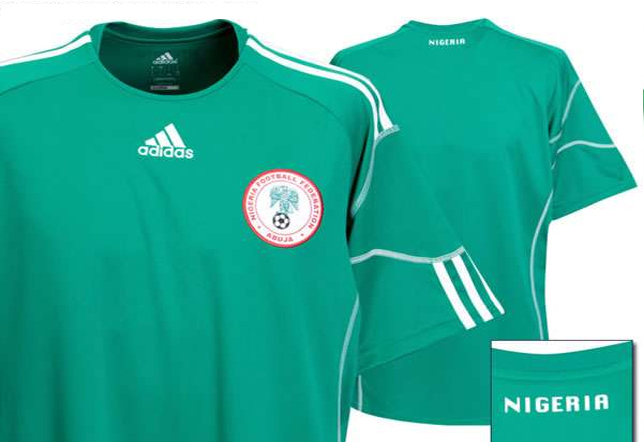 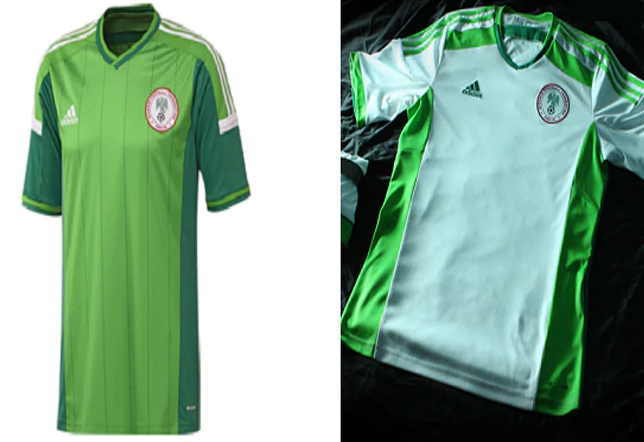 Saving the best till last?

As one of the last kits to be released for the World Cup, you could say they’ve saved the best till last, as the other kits from Group D, don’t even compare.

But the decision to leave the kit till last was the Nigerian Football Federation attempt at avoiding the spread of fake replicas throughout the country. Though according to a CNN report this decision has not worked, instead allowing fake versions of the Nigeria kit to be openly on sale in Nigeria for the past month. The replica jerseys are made in Thailand,  and selling for between $20 to $40 depending on the quality, while more lower grades are selling for around $5.

Seller Ronke Oni told CNN the anticipation for kits before they were released on Friday fueled demand for the replicas.
“People started buying the 1994 US World Cup jersey a lot when the new Nigeria jersey didn’t come out early. I got the new Nigeria jersey last month from Thailand. It sells faster and it’s cheaper. The most popular one is the home jersey. It’s hotcake right now.”

This evening’s (2-1) friendly against England will be a disappointment for those rooting for Nigeria, but let’s hope that the flair of the kit and the team spirit of the fans will help to propel the Super Eagle players to victory in their third consecutive World Cup.

They will have to overcome Croatia, Iceland and Argentina to get out of their group and into the knock-out stage –
Good luck to the #SuperEagles 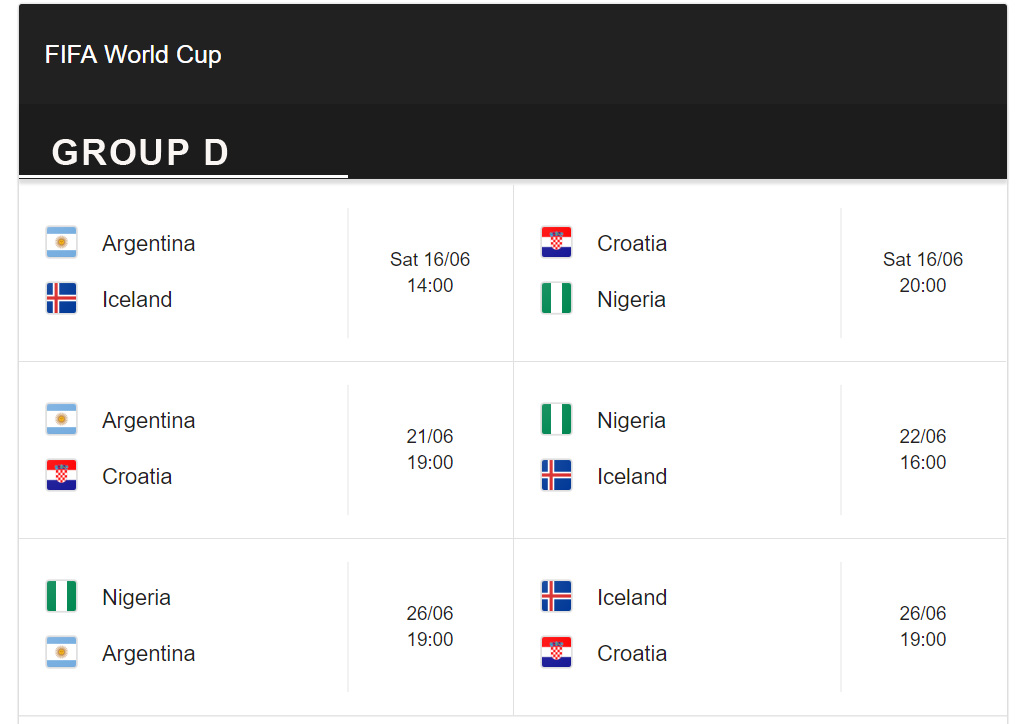