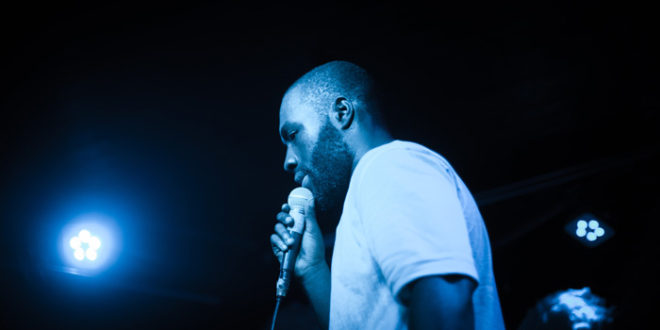 Fashion and music have enjoyed an intimate relationship for as long as anyone can remember. Artistes at every level blend strong visuals with their music, in order to ‘manifest’ a definitive public persona. This persona is often as much to do with what they wear and how they wear it – as the music itself.

No music genre has had a stronger influence on fashion than Hip-Hop – and this is definitely a subject that Africa Fashion will re-visit at a later date. Right now, Africa Fashion’s focal point for this post is 22 year old, up and coming hip hop artist, songwriter/musician/producer with Ghanaian heritage, Fred Fredas, out of South London.

I took the opportunity to delve into his world and talk about the 2nd track ‘Ain’t Fooling Me’, from his sophomore EP ‘P.A.U’ (Politics As Usual), released on 27th January 2017.

‘Ain’t Fooling Me’ is penned from a female’s perspective towards the scenario of being emotionally and mentally broken by a male. ‘Ain’t Fooling Me’ follows the spectrum of emotions within a destructive relationship, and displays the internal battle between the females past and present self. This tale of heartbreak effortlessly evolves within a short duration 3 minutes and 39 seconds.

The Ain’t Fooling Me’ music video – directed by Yasmin Afifi, is a dramatically vivid display of the females internal battle between her past and present self. By casting twins to play the females two different sides, ‘Kindness’ and ‘Hate’, it is a clear demonstration of the scenario that unfolds throughout Fredas’ story-like, lyrical flow.

In the video we see ‘Kindness’ try to consul ‘Hate’ – however this proves unsuccessful and the two sides battle; until fate forces them to become one.

Fredas explains, “To summarise this video… when situations happen to us, we are constantly battling within ourselves, it feels as though we are trapped and the question we ask ourselves is…Will we allow the demon within us to prevail, or the love within us to prevail?”

So who is Fred Fredas?

An astute and observant storyteller, he harnesses the immediacy of grime with the undeniable sheen of modern Hip-Hop.

We started by asking Fred when did music become serious for him
I have taken music seriously since the age of 14, as I was the leading recording Engineer in a youth studio in Camberwell. Therefore, I have always taken a keen interest in the content that an artist weaves into their music.’

When was your first memorable collaboration
When I was sixteen, along with a group of 9 other rappers, I achieved the longest group rap freestyle in the world, made official by the Guinness World Records, in 2013′.

Your sophomore EP is entitled P.A.U. – can you tell us what that stands for and why

It was written at a time where I felt as though I had to constantly check for people’s true intentions this is something that I know everyone can resonate with.

Who are your music influences
Stevie Wonder, Prince, Michael Jackson, Andre 3000, The Roots and many more were my influences when I was growing up and all those sounds have been manifested in my music.

So you’ve already had a headline show for the EP
Yes – My 1st headline show was at the Zigfrid Underbelly in Hoxton Square, where I performed  5 tracks from my EP ‘Am I Allowed to Dream’ and sophomore EP ‘P.A.U’.

You can see some of that performance via #BrownXBlue vlog here:

Describe your fashion style
My fashion style is something that I am constantly trying to discover every day. I challenge myself to look stylish without wearing major designer brands.

Any message of inspiration for other artists reaching for their dreams
Don’t let people’s opinions put you off from what you are called to do. Set a goal and go for it.

I’d like to thank Fred for taking time out again to speak with me. I encourage you to listen to his masterful poetic flow & hard-hitting lyrics, mixed with a clear love for soulful instrumentals, which produces thought provoking, endlessly playable music.