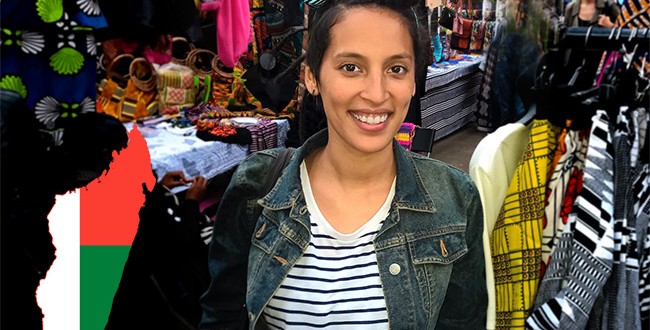 Interview with Sandrine, founder of The African Market

On the fourth Saturday of every month, London’s Old Spitalfields venue hosts The African Market. Brainchild of designer, Sandrine Herbert Razafinjato, this event gives the most talented designers from Africa and those inspired by African cultures, the chance to show their wares to a massive audience – less than 5 minute’s walk from Liverpool Street station. Africa Fashion was lucky enough to catch up with Sandrine last weekend and she shared her vision for artists and designers with us.

“My family originates from Madagascar and France”, Sandrine tells us. “I came to the UK 7 years ago, loved it and decided to settle”.

“I was surrounded by artists and designers and thought ‘They need a focus, somewhere to show off what they do’, so we created Open The Gate“, she told us. “It is a cultural organisation whose objective is to promote a positive and contemporary image of African & Diaspora arts, crafts, music, design and culture – offering accessible quality programs across the communities”.

Open The Gate also incorporates a booking agency, just in case you ever find yourself looking for African entertainers.

We spotted Sandrine eating lunch next to the numerous food stalls, just two seats away from the fabulous George the poet.

Sitting next to her mother, Sandrine is clearly a very smart, driven and charismatic woman. Sporting a ‘Baby on board’ badge to acknowledge the arrival on a newborn toward the end of the year, she began to go through all of the different events that her and her organisation help push forward. It is an impressive list and her energy levels are amazing.

“We initially set up The African Market in the East End of London, but a change in local government made it impossible to continue”, she explained. “We were fortunate that Old Spitalfields believed in our project and we have been resident here for three years now”. 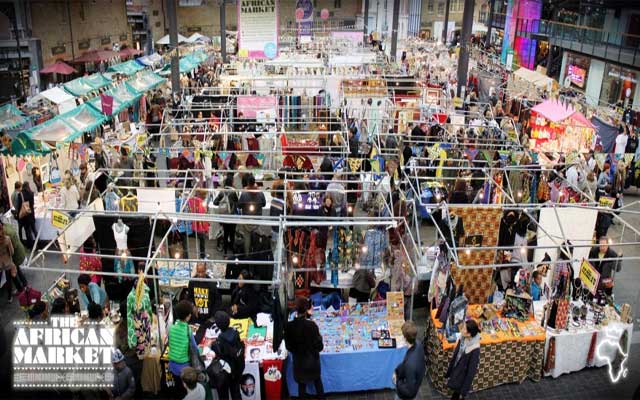 By trade, Sandrine is a 21st century designer, specialising in user interfaces for electronics and has done projects for organisations as large as Orange (now EE). She clearly thinks that design is about more than just chairs and home furnishings, believing that designers act as a bridge between people and products.

In that respect, she has built a huge bridge with The African Market.

Overall, we spent hours down at the venue, speaking with a myriad of business owners that Sandrine has helped bring together. It was a great day out and something that we thoroughly recommend to anyone who likes unique handmade or original & ethical fashion – whether your preference is for accessories, jewellery, shoes or Arts & Craft.

Local & international charities are also represented, promoting their actions – raising awareness and fundraising by selling goods on the 4th Saturday of every month.

We will bring you more on The African Market and stall holders soon. Tell us what you think over on Facebook.