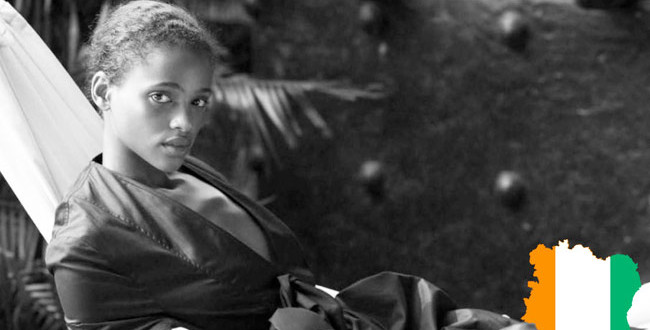 Regular Africa Fashion readers will have been following our recent articles on how Ivory Coast is really starting to make a splash in the global fashion market. First, President Ouattara laid out his ambitious plans for the country. Then headline fashion news for the work of talented designer Loza Maléombho, was given a boost via Beyonce’s video for Formation. Now Vogue Espana has chosen Ivorian model Aya Jones as their cover girl for a feature entitled ‘Queen of Africa: Black is beautiful’. Africa Fashion looks closer at the model behind the cover story that has captured the zeitgeist.

Spain’s history has its foundation in a rich blend of European, Eastern and African cultures. Invaded in the year 711 by an army of Moors, much of Spain was effectively ruled by Africans for close to 800 years. A thousand years ago, Córdoba was the largest city on the planet and – at night – more than 15km of paved streets were lit by lamps. That’s before a single paving slab had been laid in Paris. Brought over by Africans, Spain was the first European country to use paper, a thousand years ago.

This month’s issue of Vogue Espana was shot in Botswana and features a combination of relaxed, loose fitting outfits alongside very detailed work which highlights the very best of contemporary design. While it’s not what the photographer, stylist or designer want to hear, without doubt, Aya Jones is the real star of the issue. 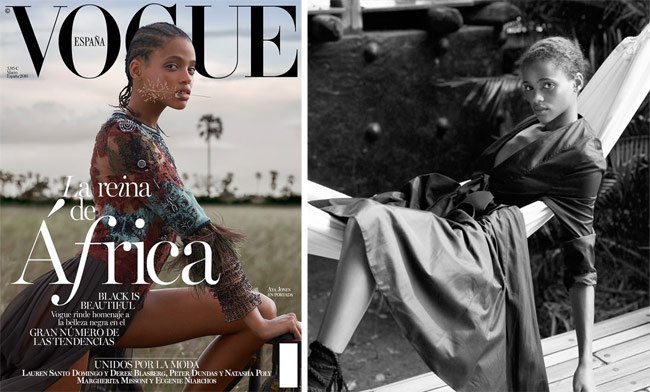 The 21 year old model was ‘discovered’ on the streets of Paris and the first major brand she walked for was Prada. Not a bad start in any model’s career.

When interviewed, Aya has stated clearly that if she could use her fame for one thing only, then it would be to “…promote more ethnic diversity in the world”.

Despite spending so much time in Paris, New York and other major cities around the globe, Aya is conscious of her origins and the challenges that many African countries face today – particularly forced child labour. “Everyone should have the right to freedom and education. Perhaps it touches me more because I am of African descent, and some of my ancestors did not enjoy this freedom”, she told reporters last Spring.

Maintaining a connection with her ancestral homeland, Aya’s father runs a restaurant in Paris which serves up traditional food from Cote d’Ivoire. Not that she’s likely to get much time to spend there, walking up to 40 shows in a season – with her unique beauty and confident poise putting her in high demand from all the major fashion houses, including Dior and Valentino.

For this month at least, Aya Jones will be one of the most famous faces on the planet, drawing positive attention to the Ivory Coast. Maybe a meeting with the President or a chance to work with Loza or Laurence could be on the cards later this year?

We wish Aya every success in the future!

Here are a few of her recent catwalk looks, which one is best?  Let us know what you think over on Facebook and don’t forget to follow us on Twitter to get all of the latest stories first! 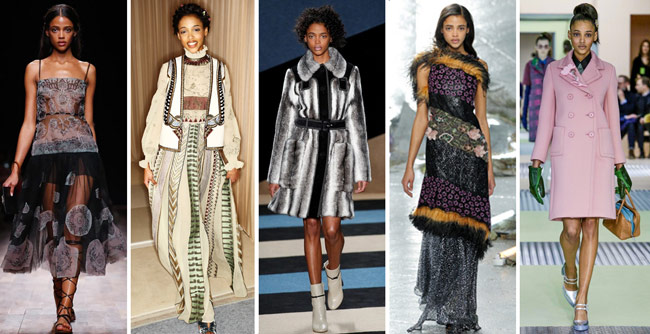