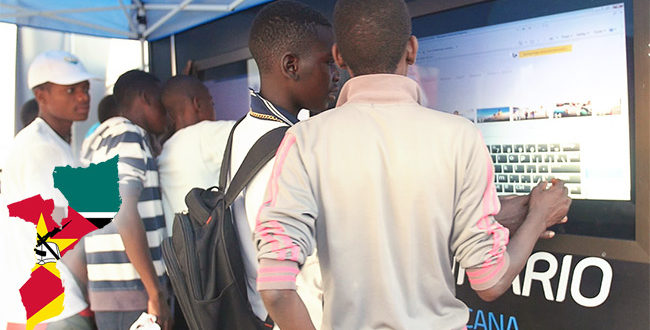 Without doubt, the communications revolution that spread across the globe over the past 150 years has changed the face of the planet forever. Mobile phone adoption on a massive scale has allowed costs to be reduced even further. While cell phones are used across the whole of Africa, high speed internet access and the use of rich, powerful apps is far less popular. Dayn Amada, founder of Kamaleon has a plan to change all of that – and it begins with a community tablet.

The Internet is one of the most important enablers of social development and economic growth of our time. While connectivity across the globe is extensive, there are still more people without Internet access than those with connectivity. While mobile phone adoption has been quite phenomenal in Africa, connectivity to the Internet remains very low, especially in the rural communities.

Mozambican technology start-up company Kamaleon, has developed an innovative and engaging way of bringing the rural community together to access the Internet through a platform called ‘Tablet Comunitário’ (Community Tablet).  It is an internet capable tablet PC, the size of a large screen TV. By integrating the community tablet onto a travelling truck-unit, it is able to travel to even the most remotest areas of Mozambique and act as a communal, shared computer experience. 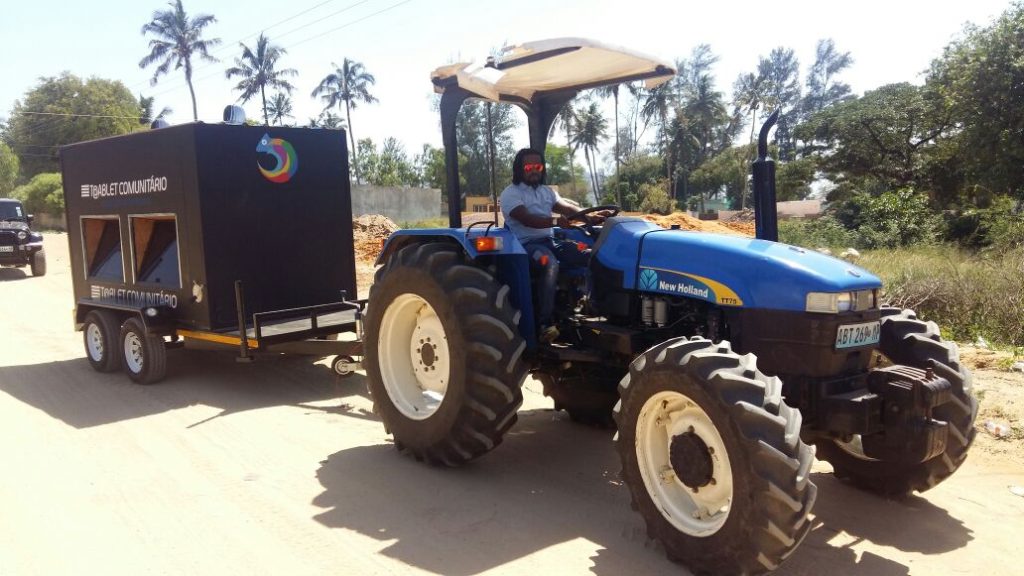 Since 92.9% of the Mozambican population still has no Internet connection, the Community Tablet aims to promote digital inclusion, helping ensure that more and more people have access to information and communication technologies. Being a facilitator of interaction with the virtual world, Kamaeleon also offers training on how to use the Internet and its features to members of the community. In the digital world we live in, the Community Tablet can also be used to support health awareness campaigns by spreading educational messages across various communities.

“A few years ago anyone who could not read and write was considered illiterate, but today this concept goes further, encompassing people who do not know how to use information and communication technologies”, says Dayn Amade. “The Community Tablet is here to change that”. 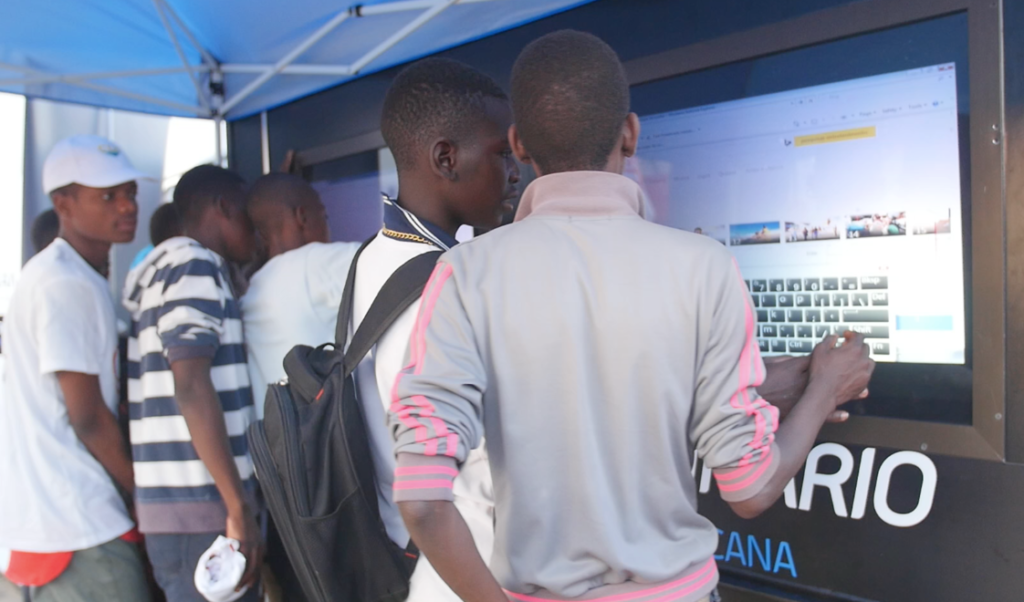 Today, the Community Tablet is being deployed in Mozambique, but Dayn has plans to expand across Africa.

We asked Dayn for more information about his project and the practicalities of changing the internet-face of Africa.

What percentage of people do not have access to internet/smart devices?
Mozambique remains one of the countries in Africa and the world with a low percentage of the population with Internet access, standing at only 7.1%, Leaving 92.9% of the population disconnected from the Internet (Source: Internet World Stats, 2016).
Despite the growth of smart devices and internet access across Africa, there are still some areas that are cut-off from the virtual world. Kamaleon offers Internet access and training on how to use the internet and its features

Tell us something about your company’s background
Launched in 2014, Kamaleon started life as a technology company based in Mozambique that used interactive technology for entertainment, marketing and advertising purposes. In 2016 Dayn Amade developed a unique solution that aims to bring information technology to those in rural areas in the form of a Community Tablet. The Community tablet, which was rolled out in November 2016, is an effective solution for schools, health departments and hospitals to access the Internet and also develop engaging health education messages to spread in the community as opposed to distributing leaflets with health information.

What about the truck unit?
Kamaleon has built a product that is robust enough to cope with the harshest of conditions on the road.  Since rural areas often do not have the electricity grid found in the urban environment, the technology inside the Community Tablet is powered by solar panels and there is an integrated refrigeration system to cool down the equipment when travelling in hotter weather conditions. Solar panels and a refrigeration system allow the Community Tablet system to operate 24/7 without interruption. The tablet’s touch screen is protected from harsh weather conditions, allowing continued usage on rainy, windy or extremely hot days.

You can follow the work being done around the Community Tablet on Facebook and get a real feel for the project from this video.