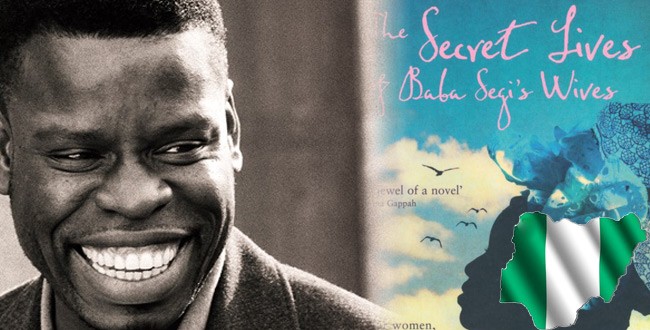 At some point or another, every publication with an interest in Africa has written a story about the lack of support and opportunities in theatres and cinema. Many argue that a change in the landscape will only happen when talented people from within the community step forward and energise the rest of us into positive action. From Monday 30th November to Saturday 19th December, using an all British-Nigerian cast, experienced director and producer Femi Elufowoju Jr is on just such a mission at the Theatre Royal, Stratford East. This is a Kickstarter (crowd funded) project, so we encourage you to read and react!

In 2014, Actor, Theatre Director and BBC Radio producer, Femi Elufowoju Jr formed the ‘Elufowoju jr Ensemble’ in a bid to research and develop Nigerian theatre. Femi is one of the top movers and shakers within the British theatre scene and his remarkable new theatre company will work across both Europe and Africa.

With numerous credits to his name already (some of which we’ve highlighted below), Femi is now well on his way to bring two workshop productions to the stage, the poetically entitled: THE SECRET LIVES OF BABA SEGI’S WIVES.

Lola Shoneyin’s, THE SECRET LIVES OF BABA SEGI’S WIVES, was adapted for the stage by Caine Award winning playwright Rotimi Babatunde. It first premiered in Lagos, Abeokuta, 2 years ago and now Femi is directing a mini pilot version, for it to be seen by a U.K. audience and several influential producers, in order to make a full scale UK premiere happen in 2016.

Donations of as little as £1 will help make this play a reality – and he is now very close to succeeding. We encourage you to click play on this video, then head over to his Kickstarter page and make your donation, however small!

It’s vital for black theatre companies to keep growing, becoming curators of their own culture – so they are in position to help actors, writers, directors & producers contribute to black theatre which, in turn, will help create positive energy and improve the status of the black media in general.

As with so many arts organisations the challenge is funding. New plays, new conversations and new voices will only ever be showcased when there is sufficient funding. We’re all hopeful that a boost in the media itself, will attract new diverse audiences as well.

Initially raised in London, his formative teenage years were spent in Nigeria and he returned to the UK in 1985. He’s the first theatre director of Nigerian descent to establish an African national touring company, called Tiata Fahodzi. He artistically led the company for 13 years – contributing immensely to British theatre’s grand design. He is renowned for his acting plaudits, having featured in BAFTA nominated & award-winning series’ worldwide (Borgen, Moses Jones, Wire in the Blood and Little Miss Jocelyn).

Oscar award winning film director, Guiseppe Tornatore, cited him as a ‘rare discovery’ after their collaboration on ‘The Legend of 1900’, back in 1996. Femi is recognised by the Nigeria High Commission Centenary Awards Committee, in their list of ‘100 Outstanding Nigerians, resident in the UK’.

We wish Femi the best of luck with his new theatre company, Elufowoju jr Ensemble and bringing the THE SECRET LIVES OF BABA SEGI’S WIVES to the U.K. 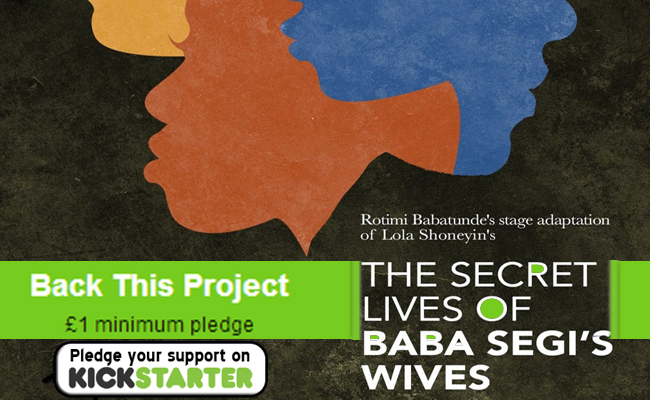 Previous Converging Cultures: A showcase of African style and chic in Hamburg
Next Robbie Spotswood – Profile of an aspiring photographer 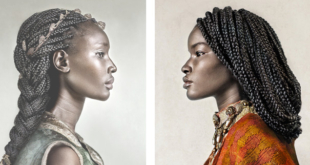 If you were lucky enough to get a ticket for the Kunst Rai Art exhibition in the Amstelhal venue, Amsterdam at the start of April, then you could have seen Dagmar Van Weeghel's stunning art, close up, in the Rademaker Gallery.