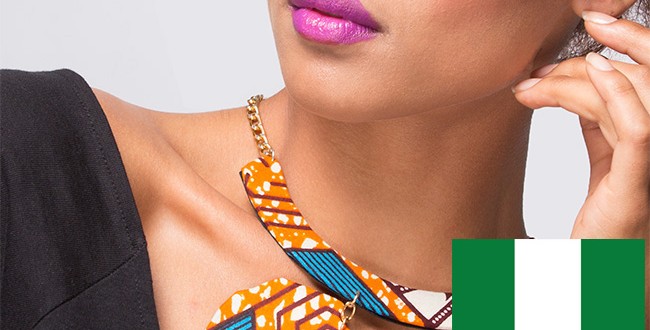 Dynamic looks that really pop in every shade

With shows like Africa’s Next Top Model being prepared to air later this year and AFWL 2015 almost upon us, the spotlight will once again be on the important role that make-up plays in bringing a creative look together. At one of our recent Africa Fashion shoots, we spent time discussing modern make up with talented make up artist Kemi Kolawole.

Originally from Western Nigeria, Kemi Kolawole began her serious interest in make up 5 years ago. By her own admission, she is a late bloomer when it comes to fashion, but she is now making up for lost time. Like so many artists, she started with family members, but rapidly built an independent clientèle – driven by the Nigerian love of parties and glamour.

Last year, a friend was doing an art film and Kemi got involved. “It really got me interested in working outside the box”, she explained. “It made me want to stretch my creativity, to add new skills and really work hard to burn my own path in this industry”.

What really stimulates her when it comes to looks?

“When I’m working for a client, it’s all about delivering on their vision”, Kemi told us. “But for me it’s all about vibrancy – of expressing something of myself and my culture. I love playing with colours and texture, creating dynamic looks that really pop”.

That was certainly true on the Africa Fashion shoot for Meen Clothing as you can see in Peter Branch‘s shots. 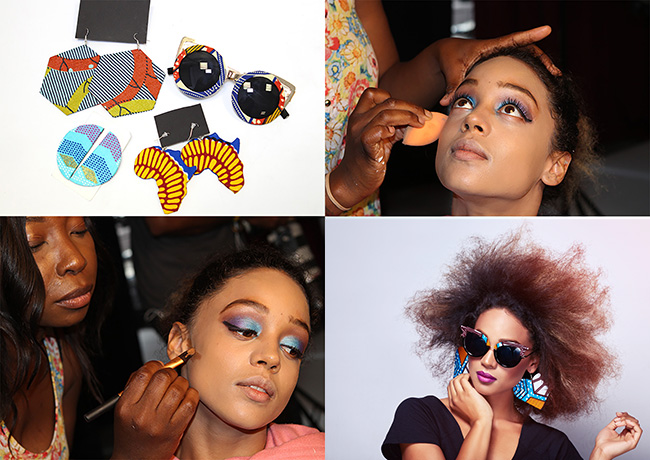 Many youngsters will approach make up through courses, we asked Kemi about her beginnings.

“Apart from a brief course at the London School of Make-Up“, she said. “Everything I’ve learnt has been through sheer hard work and continuous creativity with a wide variety of clients”.

So what’s the dream?

“For me, the dream is to be one of the ‘house make up artists’ for a major beauty publication”, she told us. “It will be hard, but I feel that the more I collaborate with people – the more I expand my client base and product knowledge – the closer I come to that dream”.

Kemi is a really warm and passionate individual. She told us that the root of this energy is cultural.

“People think of Nigeria as a single country and culture, but you have to remember that there are literally hundreds of sub-cultures within the three major ones”, she explained. “There is also a difference in approach to fashion and make up from the north to the south. Yoruba women are very glamorous and outgoing. We have a saying back home that NO ONE parties like a Yoruba!”.

We asked if there was one thing that she can’t live without in her make-up bag, she told us, “Foundation!”.

Finally, we asked if Kemi would be attending Africa Fashion Week London this summer – as well as tuning in to Africa’s Next Top Model later in the year, “Certainly!” she replied.

Let us know what you think over on our Facebook page.