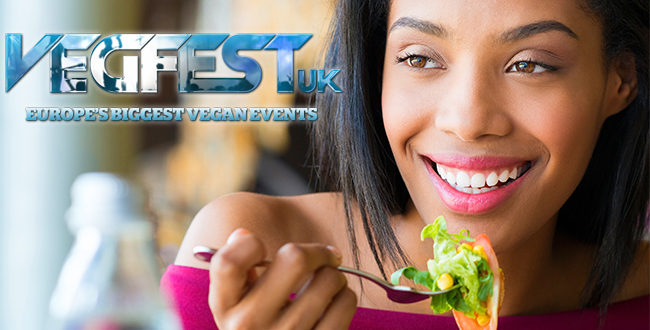 [NOTE: COMPETITION NOW CLOSED – THANK YOU TO EVERYONE WHO ENTERED!] It’s hard to think about an African meal without picturing a meat dish. Like all cultures, the less available, more unobtainable a product is – the greater the desire to have it. In many countries, meat became synonymous with a richer lifestyle and, once that happened, it became harder for people to cut out of their diet. But the 21st century offers instant, in-depth information about every kind of food/lifestyles. With an expanding population, Africa needs 21st century thinking to ensure healthy growth. Africa Fashion is exploring this area and there are cool tickets for VegFest London to be won!

‘Faiths for Green Africa’ is a movement of faith-inspired action on the environment. Faithful farming, is a name given to Faith-based conservation agriculture and land management, which includes both Christian and Muslim approaches.

‘Agriculture is the backbone of sub-Saharan Africa, providing the biggest source of employment, livelihoods and foreign exchange. Yet soils are worn out and agricultural production is falling. Per capita agricultural production fell by about 5% over the past 20 years in sub-Saharan Africa while increasing by 40% in other developing regions. Africa’s fragile soils have suffered from a combination of poor agricultural practices, degradation of natural resources, over grazing and the pressure of growing populations’ – Faiths for Green Africa website

When more than 5Kg of animal feed (i.e. grain) is used to produce 1Kg of edible meat, it’s clear we have an imbalanced system and alternatives must be evaluated – including a vegan diet. Many parts of Africa face a second challenge in terms of the vast amount of water than cattle need in order to grow. That said, people voice legitimate concerns about what a vegan diet and cannot deliver when it comes to nutrition.

A lot of people are trying to veganise their lives and that includes those of African, Caribbean and Asian descent. It’s true that some religions encourage at the very least a vegetarian diet – Rastafarianism and Hinduism are good examples. But for many of us going vegan means a huge shift in the way that we eat and prepare our meals. Whether you’re a veggie lover or a meat-eater, transitioning to a vegan way of life, you’ll need to get to grips with important things to know.

The web is filled with individuals who are willing to support you on your journey. If you are considering the Vegan way of life we have a great competition to kickstart your experience!

VEGFEST UK will be at London’s Olympia arena from 22nd– 23rd October. Inside there will be over 250 stalls with plenty of chances to sample products – including food and cosmetics – to help you decide if ‘being a vegan’ is for you.

Entrance will be £15 on the door, but don’t worry Africa Fashion has tickets to give away!

For a chance to win, you only need answer one simple question. Which incredibly successful professional tennis player is a vegan?
a) Serena Williams
b) Scary Spice
c) Sade

If you think you know the answer, email it to competitions@africafashion.co.uk. The final day for entry is Tuesday 18th October 2016. All those who get the correct answer will go into a pool, with the winner being chosen on Thursday 20th October. The winners will be announced on the following day. Remember, this event is in London and you will need to collect your tickets on the door. 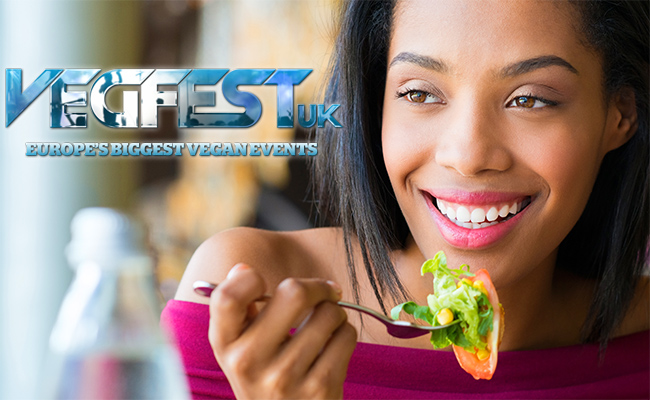 To help increase your appetite for all things vegan, here’s a list of 6 great vegan channels on YouTube. While vegan diets are inherently healthy, we recommend you consult with your doctor before making any extreme changes to your diet. If you need more information, then please visit www.vegansociety.com. Here are the channels!

The Vegan Nigerian – Born & raised in Lagos and now based in the UK , Tomi describes herself as a Nigerian vegan food enthusiast, who’s journey to becoming a vegan was multi-faceted which she describes in detail over on her blog  You can also catch her down at VegfestUk, London

Aka Susanne Kirlew, is helping to change the image of vegan & vegetarian food, so if you think being vegan is all about boring, bland tofu and buck wheat, Kirly-Sue has some wonderful recipes to follow.

The creator of Black Vegans Rock and responsible for compiling the first list that spotlighted 100 Black Vegans.  Aph will also be a guest speaker at London’s VegFest conference on Sunday 23rd October – Presenting: Racialised Speciesism: How Anti-Racists movements can help facilitate animal liberation.

Covering Health, fitness, nutrition & lifestyle, KC and his girl Tish, will keep you informed and entertained while watching this channel. Infact I had trouble selecting just one video for this post. But as I love Burrito’s it had to be this one.

Brown Vegan
Monique will show you how to live a vegan lifestyle with easy recipes that don’t sacrifice on taste or flavour.

From Ghana, Queen Vida has developed her recipes over 38 years, and is passionate about wanting to help you improve your health, as well as a firm advocate of youth health.