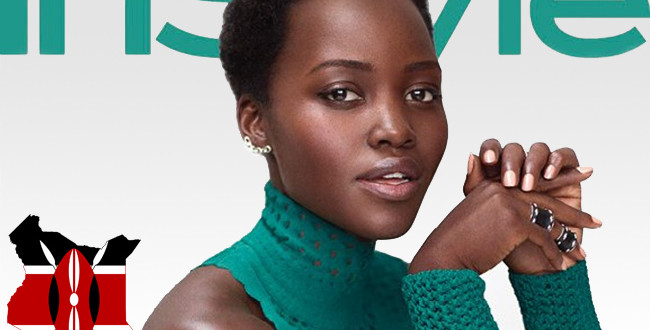 Following Vogue’s decision to feature Ivorian model Aya Jones on its Spanish cover, InStyle has chosen Oscar winner Lupita Nyong’o for its April issue, due out on 18th March. It has been a crazy couple of years for Lupita and now it seems that every marketing man wants her to stand next to their product. Africa Fashion takes a look at the way he life has changed for the girl who’s father represents Kisumu Country in the Kenyan government.

From the time she collected an Oscar for her role as Patsey in Steve McQueen’s 12 Years a Slave, Lupita’s life has been on an upward trajectory.

The up-coming cover of InStyle features Lupita in a gorgeous, crochet-look jade green dress, that suits her perfectly. Given that the interview takes place on an archery range, we’re wondering if the choice of colour might be a nod to Robin Hood. Her story is intriguing and she’s maintained a humble character, right to the top of Hollywood.

“It was unreal, to be standing on a New York street and seeing my face and name on a marquee. A real ‘Oh Wow, my dream has come true!’ moment”, says Lupita of her first big city production as a headliner.

Speaking about her role as the Raksha – the wolf-mother that adopts Mowgli in the up-coming Jon Favreau adaptation of Rudyard Kipling’s Jungle Book.

Lupita adores the character, “She is his heart and his protector. She choses to love him – even though they are from such different worlds. That was something that moved me”. 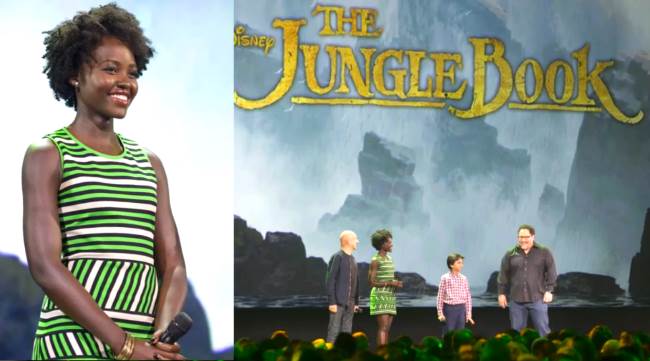 That brings us right up to date.

“I love the fact that InStyle has chosen to have me on their cover”, says Lupita. It was one of the first magazines to feature me, way back in 2013″. Indeed, InStyle digital contributor Isabella Silvers has confirmed in writing that the publication has a “…not so secret red carpet crush” on Lupita.

As well as her blossoming acting career, people the world over are fascinated to follow Lupita’s public hair journey from buzz cut to afro. Ahead of the InStyle cover shoot, she ordered her hairdresser to take several inches off on a whim. Impressive courage! 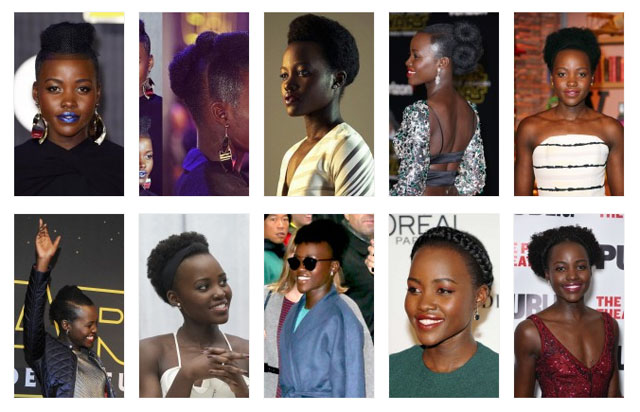 Going forward, there is also the possibility of Lupita teaming up with David Oyelowo in a Brad Pitt production of Americanah – a novel about Nigerian emigrants and their struggles. Written by multi-award winning novelist Chimamanda Ngozi Adichie, it promises to be something very special. 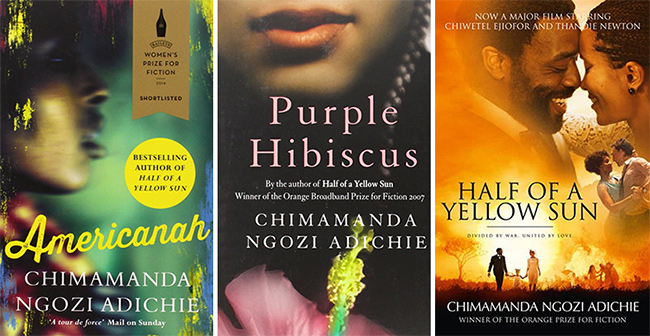 Below is a quick glance at her InStyle cover – available for digital download on 18th from Apple. 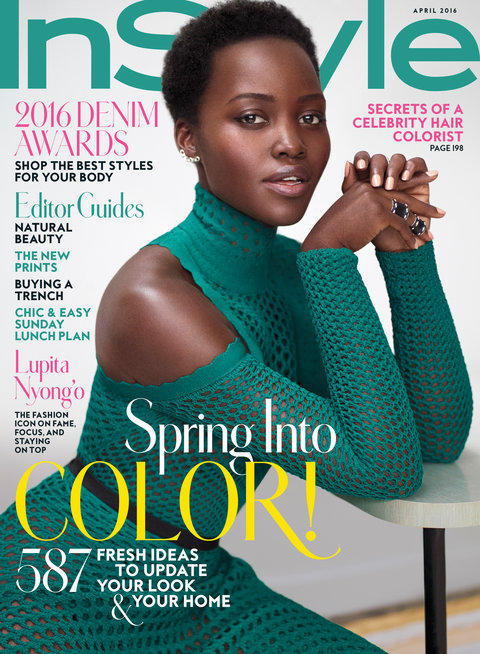 While she looks stunning in photos, Lupita really comes alive in person. We’d suggest that you watch her wonderful interview on the David Letterman Show to find out more about her background, upbringing and psychology.

Lupita has inspired women across the globe and we wish her lots of luck with her future – you can follow her over on Social Media.