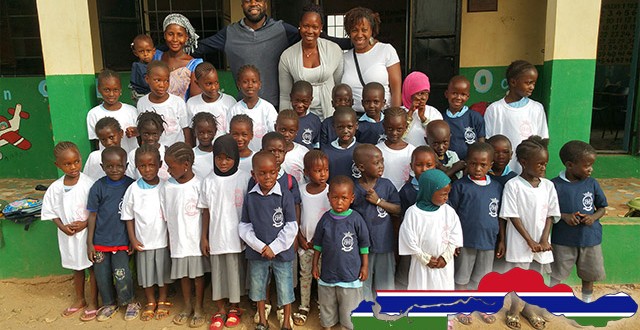 We all have days when we look at our lives and wonder, “Am I doing enough?”. Be prepared for some serious inspiration as Africa Fashion speaks with Mali Morris about his work with the Black Fathers Support Group (BFSG), exchanging his programming job in the city for the life of an artist and how his work in Gambia will mean an education for thousands of children and a fundamental change in the local landscape.

When we first met with Mali, he was manning his Back2Black Empire stall in The African Market in old Spitalfields. We initially assumed that he was a designer and entrepreneur like those around him. However, once you start speaking with this incredibly charismatic man, you realise the depth of his commitment to a better life and a better world.

On 22nd August the BFSG will be hosting a fund raiser to continue the groups’s amazing work in Gambia – and we encourage you to click here to find out more!

Here’s a quick slide show of some of the great work that Mali and his supporters have been achieving in Gambia.

Remember, this is what he does in his spare time when he’s not supplying umbrellas to celebrities, driving his printing and framing business or speaking with Radio 4 about the positive role that the Black Fathers Support Group is playing in South London.

None of which would be possible without his partner, Angie. Let us know what you think over on Facebook.