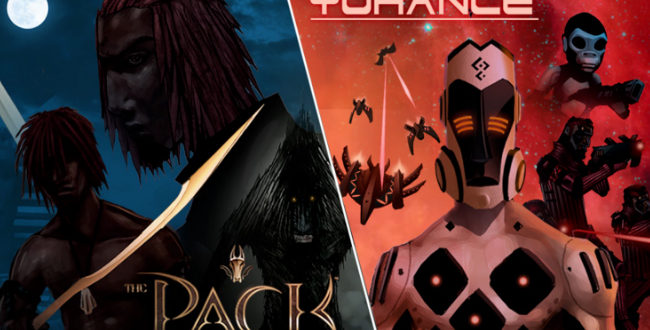 With talents spanning across a spectrum of creative disciplines, including, fineart, writing, lettering and a colourist, Paul Louise-Julie is the creator behind the digitally published African Fantasy & Sci Fi books ‘The Pack’ and ‘Yohance’ the African space Opera.

With 5 years of extensive research of Ancient Africa, Egypt & Nubia, Paul set about producing the fantasy graphic novel series ‘The Pack’, stemming from mixing werewolves with African mythology, with an ambition to create mystical fantasy stories on the same scale as The Lord of the Rings, but for Africa.

With a strong passion for drawing, Paul produced his 1st comic (fan comic of Star Wars) at age 7 in 1999. With trained background in graphic design and fine art with a specialisim in sculpting, Paul created the 1st edition of The Pack in just 3 months! He created the script, thumbnails, pencil sketch, traditional pen & quill inking, textured colouring  and piece by piece analogue scanning. Which is no easy task to process, with no team, and very limited budget.

The pack follows a story about two young Nubian brothers, Khenti and Nekhet, who are growing the numbers of their pack and also on the run. The first three issues of the Pack – is an overarching story of a 5-issue story arch. The 1st arch is a whole new  fantasy world that’s been created about precolonial African dynasties & civilisations. 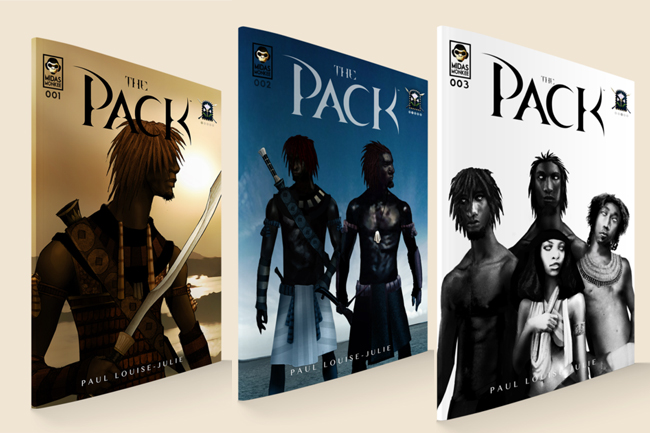 After creating The Pack, Paul set about creating Yohance – a space opera with a purely Ancient African Aesthetic, with cultures of Bambara, Benin, Hausa, Tuareg and Zulu. This three-part series revolves around Yohance, who’s a notorious thief, with dark secrets from the past and a determination to go and get whatever he wants. As the story unfolds he gets caught up in an Intergalactic conflict revealing a centuries-old war, that will force him to face villains he never imagined and venture into places he’s never dreamed.
The character name is taken from the Hausa tribe, one of the three prominent ethnic groups in Nigeria. It is also one of the largest tribes in West Africa. Yohance gained over 2,000 likes on Facebook almost immediately after the announcement of the series came about. 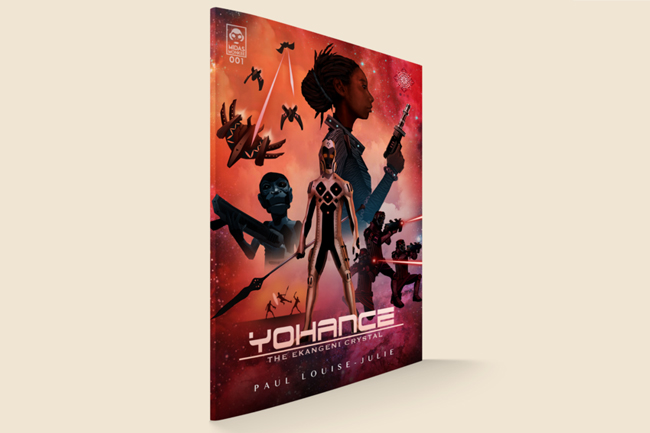 With a successful Kickstarter campaign in 2016, the total pledges received reached a whopping $15,756. Now the goal of $13,000 has been smashed, it will allow Paul to print beautiful physical copies of his work, under his own Publishing House, Midas Monkee.

Although the Kickstarter campaign is now complete it’s not too late to support these amazing comic books and join the growing cult following for books published by Midas Monkee. All four number 1 bestselling books have been published on iBooks, Kindle, Google Play and Comixology.

We’ve not seen all the imagery from the comics, but we’re particularly interested in the fantasy behind clothing for the characters and hope to bring you more details on the vision for the fantasy in the fashion.

As described by the Kickstarter campaign:

Supporting this groundbreaking project will pave the way for more authentic African Fantasy across a variety of media including film, television – even children’s books.

We look forward to hearing about more stories Paul breathes life into and wish him the best of luck with his comics, both released and those yet to come!