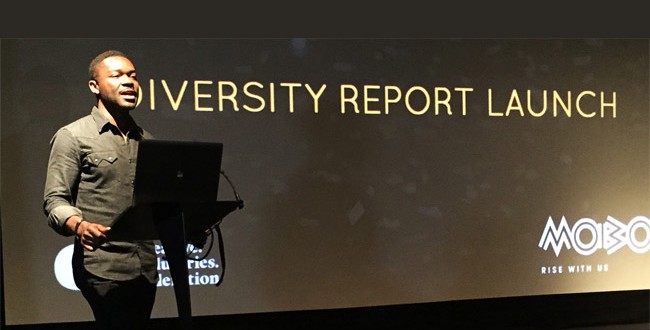 Speaking to a packed room at London’s Southbank, MOBO CEO Kanya King delivered a clear message to the audience in the wake of the Creative Industries report on diversity, “We need our creative industries to reflect the general population, not only for social justice, but to enable it to flourish”. This study is a new analysis that reveals Britain’s world-beating creative industries are not as diverse as they appear at first sight. After watching David Oyelowo presenting on stage, Africa Fashion takes a closer look at the data.

When you’re told that the combined spending power of the UK’s BAME (Black, Asian and Minority Ethnic) population increased 10-fold to £300 Billion in the last decade, then it gives you a warm feeling inside. Economic power is closely tied into class and the ability of future generations to progress.

But then you see some of the statistics presented by John Kampfner, CEO Creative Industries Federation, some of that optimism evaporates. As he explained, “This study not only exposes the existing social inequalities in the creative industries workforces but shows that there are hard-headed economic reasons for tackling them. A more diverse workforce is good for organisations and key to accelerating growth”. 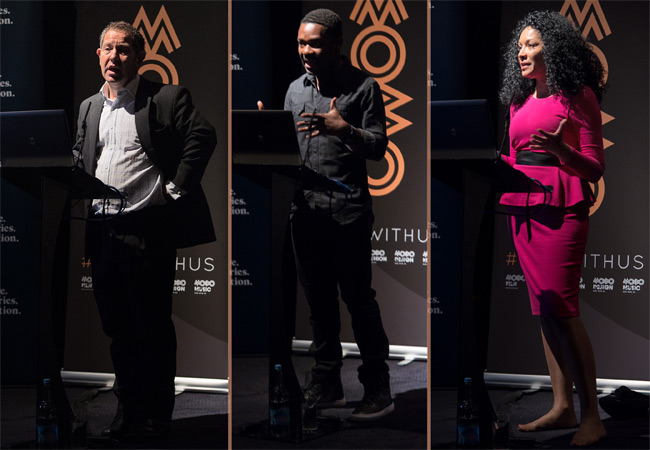 So what are the key numbers and what can be done to challenge and change them?

Although women make up over 47% of the workforce, the number of women in the creative industries fell last year to less than 37%. 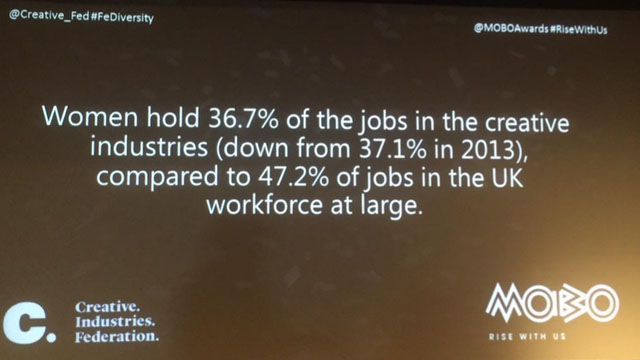 One of the issues raised for discussion among the high-powered panel of experts, was inherent or unconscious bias that can have an affect which lasts a lifetime. A specific example given was the propensity for private school pupils to go on to hold ‘elite’ positions in society. Independent research by organisations like The Sutton Trust shows that up to 80% of this elite went to a fee-charging or selective school. To counter this ‘group favouritism’, businesses need to be encouraged to :- 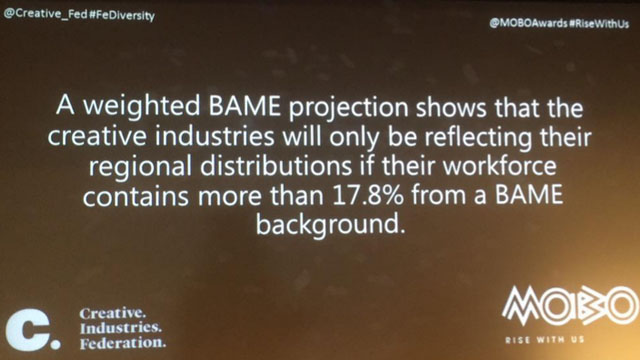 Actor David Oyelowo, whose role as Martin Luther King Jr in Selma earned him a Golden Globe nomination, shared his experiences of being a black actor in the UK and his conscious decision to reject sterotypical roles. David spoke passionately on a number of factors concerning the lack of diversity & employment within the creative industries and spoke on the Big Question…’Who is curating the culture?’
”It’s predominantly white middle class men. I am of the belief that we go to the movies to see ourselves, and the best movies you or I have ever seen is where we are able to project ourselves onto the protagonist and wonder what would I do, how would that affect me, how would I get through that situation? What we predominantly have in movies are younger, better looking versions of the people curating culture” 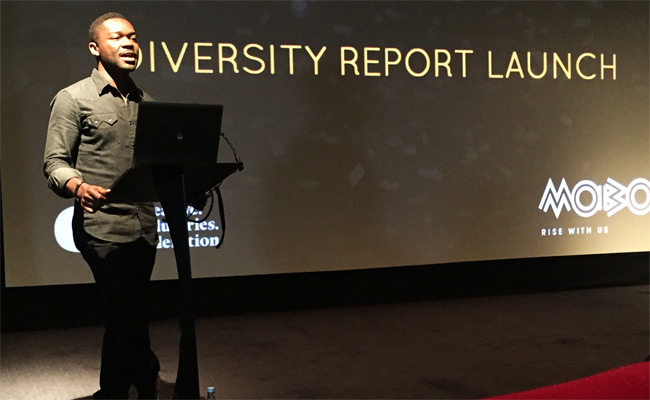 David went on to say ”Until we have a situation whereby here in Britain there are curators of culture who are reflective of what Britain actually is, especially in our cities, nothing is going to change. Because at the end of the day we all have prejudices, we all have allegiances that are both conscious and subconscious. Therefore we are kidding ourselves to purely rely on people who are already in positions of power to suddenly change their nature, their point of view, their world view, and what it is they want to see. At the end of the day, whether we like it or not, we want to take care of our own. What we have to do is change the demographic, change the landscape, change the faces and the genders of the people that are in those positions of power to greenlight projects.”

Kanya King drew a line under what is needed, “Everyone, no matter who they are, should have the chance to reach the highest ranks in the creative industries”. 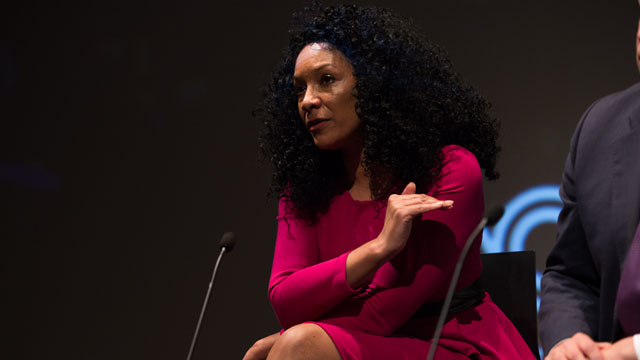 Every act who has ever been nominated or won a MOBO Award has a story to tell. As part of its 20th anniversary celebrations, the next chapter of MOBO will look to celebrate, support and tell more inspirational stories beyond the realm of music. Aiming to pave the way for the next generation of individuals, who are following their passion within the creative arts.

In the lead up to the 2015 MOBO Awards and under the banner of ‘Rise With Us’, the MOBO Season aims to celebrate black culture as well as established and future talent from across the creative arts. 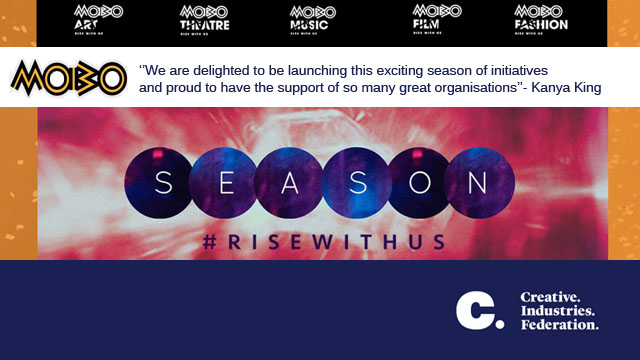 MOBO ‘Rise With Us’ season will be jam-packed with an incredible range of events all hand-picked by MOBO from across the creative industries of film, theatre, fashion and art.

In addition to the abundance of artistic offerings, there are also a number of educational events, including:-

The Season of events will also be underpinned by the MOBO fellowship initiative, which will create opportunities for future generations of talent across the creative industries.

Each partner has shared MOBO’s vision to support and inspire by creating opportunities within the creative industry or bespoke educational programmes to help develop the next generation.

Keep up to date online with #RiseWithUs and check out the exciting season line up!

As forum discussions like this are only valuable when positive outcomes turn into progressive change for the creative industries, we hope that the attendance by Ed Vaizey MP, Minister of State for Culture, Communications and Creative Industries helps bring about real change and action.

Photos are a mixture of Africa Fashion originals and courtesy of The MOBO Organisation.