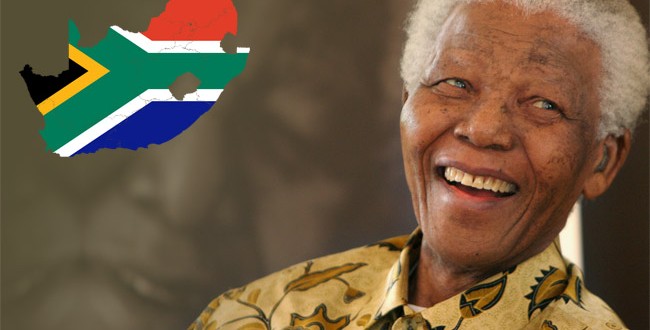 Everything we’ve done makes this life what it is. As years pass, we look back on failures and successes. So many special days, memorable days and remarkable days. Each one a milestone to mark the passage of time. Birthdays are one such day – made all the more poignant by death. While it brings sweet memories, it also brings the tinge of bitterness – that there was so much more we could have done or said.

Which brings me to the real reason for this article, the legendary politician, revolutionary and philanthropist Nelson Mandela – known affectionately to his fellow South Africans as Madiba or Tata. For them, and for us, the 18th of July has become a day of great significance across the globe.

‘Nelson Mandela International Day was launched in recognition of Nelson Mandela’s birthday on 18 July, 2009 via unanimous decision of the UN General Assembly.  It was inspired by a call Nelson Mandela made a year earlier, for the next generation to take on the burden of leadership in addressing the world’s social injustices when he said that “it is in your hands now”. It is more than a celebration of Madiba’s life and legacy. It is a global movement to honour his life’s work and act to change the world for the better.

A lot has been written (and will continue to be written) about Madiba the leader – as a symbol of unity and successful political struggle around the world. Alongside his immense charisma, insight and intellectual capacity – he was an icon of casual fashion, with a unique sense of style – clearly seen in his famous Madiba shirts, made from batik silk.

Decorative and distinctly un-Western, batik is a wax-resist dying technique, popular in many countries – including Indonesia, Malaysia, Singapore, India, Sri Lanka, Philippines and Nigeria.  The batik of Indonesia, however, is the most well-known and has been claimed as the cultural heritage of Indonesia by UNESCO.

Online sources say that Mandela first became fond of the batik print shirts in October 1990 – when he was gifted some by the second President of Indonesia, Suharto. This gift inspired him to seek more.

That said, at least two designers are credited to have first stimulated Mandela’s interest in this particular fashion – and further research fails to clear the dispute. The principals are Sonwabile Ndamase and Desre Buirski, both acknowledged by Madiba himself, for making most of the shirts.

Sonwabile Ndamase is Executive President of the South African Fashion Designer’s Association (SAFDA) in Johannesburg, owner of Vukani fashions and also worked as personal designer to Nelson Mandela. When interviewed by the Citizen in 2013 he said, “We will keep making Madiba shirts so people can carry Madiba’s spirit, not only in their look but in their own actions.”

Multiple sources say that it was Desré Buirski’s personal gift of a hand-crafted shirt to Mandela, on 11th May 1994, that started the trend to which he would become so closely associated.

We encourage you to listen to Desré Buirski, designer of ‘Madiba’ shirts, and her extraordinary story – as reported by Darren Taylor December 05, 2013 7:00 PM

Giorgio Armani famously offered to dress South Africa’s president, but Mandela believed that the association of Italian-cut suits with negative images from Hollywood – as well as previous leaders of the Nationalist party, gangsters and the FBI – would be ‘problematic’. Mandela always thought of himself as a ‘man of the people’ and his people could not afford luxurious suits.

Mandela made the shirt his own – meeting heads of state from across the world in his own splendid style – and so the term ‘Madiba smart’ was coined in 1997. Click on drop down below for the full newspaper article. 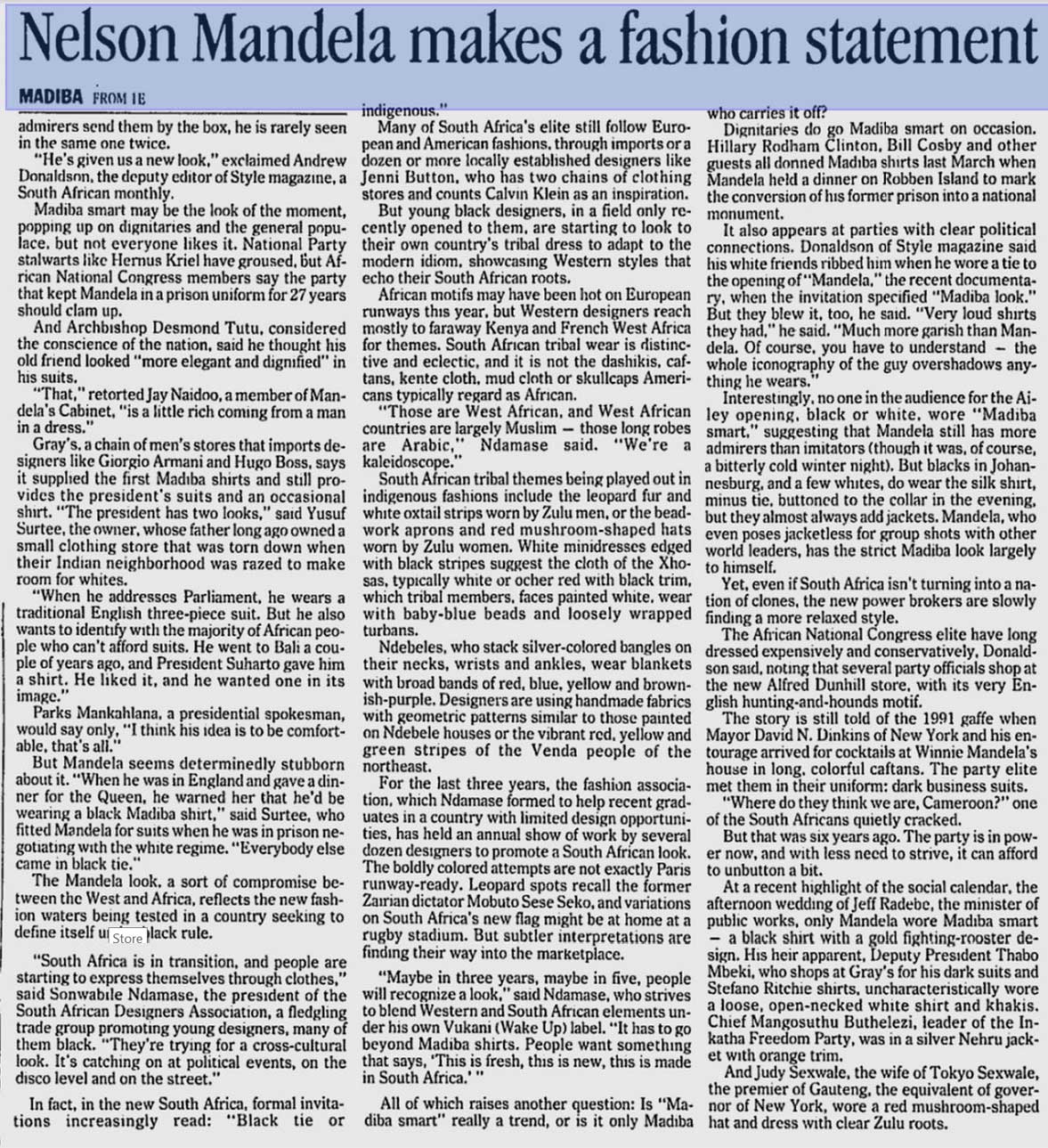 Nelson Mandela’s democratic election in 1994 marked the end of political apartheid in South Africa: Watch the Narrated version of The Life and Times of Nelson Rolihlahla Mandela

Video from The Nelson Mandela Foundation: ‘The Nelson Mandela Centre of Memory contributes to the making of a just society by keeping alive the legacy of Nelson Mandela, providing an integrated public information resource on his life and times, and by convening dialogue around critical social issues.’

Another key part of Nelson Mandela’s International day, calls on you, the individual, to take time to serve and join global movement to honour ‪#‎Madiba‬’s life’s work. #‎Time2Serve‬‪#‎MandelaDay‬

Let us know what you think over on Facebook.

Previous Mandela Weekend at the South Bank
Next 67 Minutes – What will you do on 18th July?