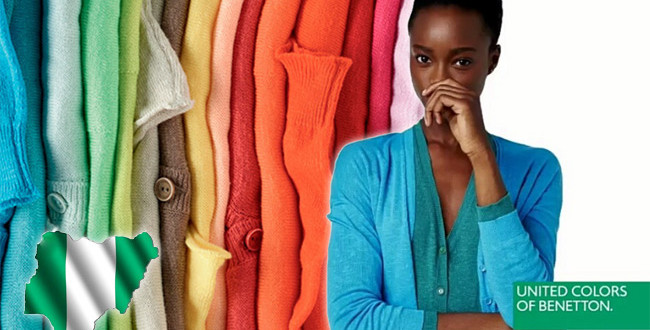 With 10,000 employees, revenues of more than €1.6 billion and a reputation for creating memorable visuals around their ‘United Colors of’ campaigns, Benetton is celebrating its 51st spring/summer season with ‘A Collection of Us’ that has Nigerian model Mayowa Nicholas at its heart. There are few things we like better in the Africa Fashion studio than a global brand choosing to showcase black beauty. Here’s the inside track on Benetton’s creative journey to Mayowa.

Although advertising has evolved and become more sophisticated over the years, one thing remains true: For an advert to work, it needs to be aspirational. Donayale Luna was the first black cover girl for Vogue and she paved the way for Beverley Johnson, Iman, Naomi Campbell and LeBron James – one of only 5 men to have appeared on the cover since it launched in 1892.

First coined in The Independent newspaper in 1994, metrosexual indicates a male who is keen on his appearance – loves fashion – but whose sexual orientation is irrelevant. Perhaps, in the future, we will look back at recent years as the dawn of the metroracial fashion age – a time where the clothes and style are the only relevant factor and skin tone becomes irrelevant.

It’s in that spirit that we have recently praised InStyle magazine and Vogue Espana. From a time when hardly any fashion designers or publications would feature black models, it now seems normal – and that’s something that should be lauded.

Although Benetton had been in existence since 1965, it was only when they gave photographer Oliviero Toscani a free hand with the ‘United Colors of Benetton’ campaigns, that the Benetton brand really shot to international significance.

While shots of babies of all races together delivered the anti-racist message in an easy to digest way, images of 3 hearts labelled black, white and yellow or a white baby suckling on a black breast wer far closer to the spirit of the campaign. In just a handful of years, inclusive campaigns have moved from shocking to mainstream.

Mayowa Nicholas was born in Lagos. From an early age, she stood out and was scouted by agents back in 2013 but was too busy to attend a casting. In 2014, she won the Elite Model Look Nigeria casting competition and went to the world finals in Schenzen, China where she finished in the Top 10 and was automatically signed to the agency.

She debuted on Vogue in Italy and has since walked for designers like Balmain, Hermes and Kenzo. This elegant young model is helping to make Benetton’s latest range aspirational in the eyes of the millions of people – from all cultural backgrounds – who will see the campaign globally in 2016.

Let us know what you think over on Facebook. Don’t forget to follow us on Twitter to get the latest Africa Fashion stories delivered direct to you as soon as they go live!