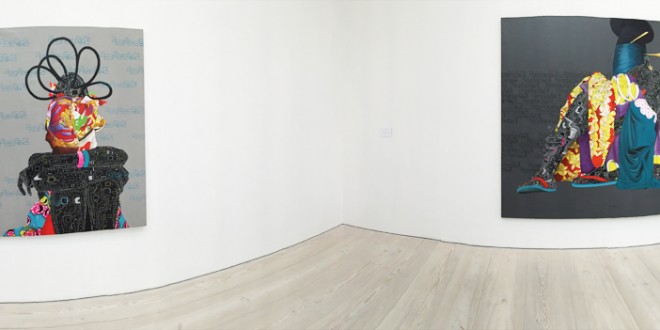 Pangaea II: New Art from Africa and Latin America reunites the former sister continents by surveying contemporary art from the two regions, exploring “notions of cultural hybridity, identity and socio-economic conflict”, according to the press release.

Including sculpture, painting, installation and photography, there are a number of exhibition works that cause pause for thought. Whilst some works will make you hazard a good guess behind the meaning, others will make you reach for the programme seeking guidance. The 20 artists featured use a hybrid of both traditional and contemporary techniques and materials, mirroring the social and political issues faced in this moment of fast urban and economic development.

Of the two distinctive regions, the artists which stood out for us, for their use of bright fascinating colours and textured figurative portraits were paintings by Boris Nzebo, from Douala the largest city in Cameroon, and Eddy IIunga Kamuanga, from Kinshasa, the largest city of the Democratic Republic of the Congo. 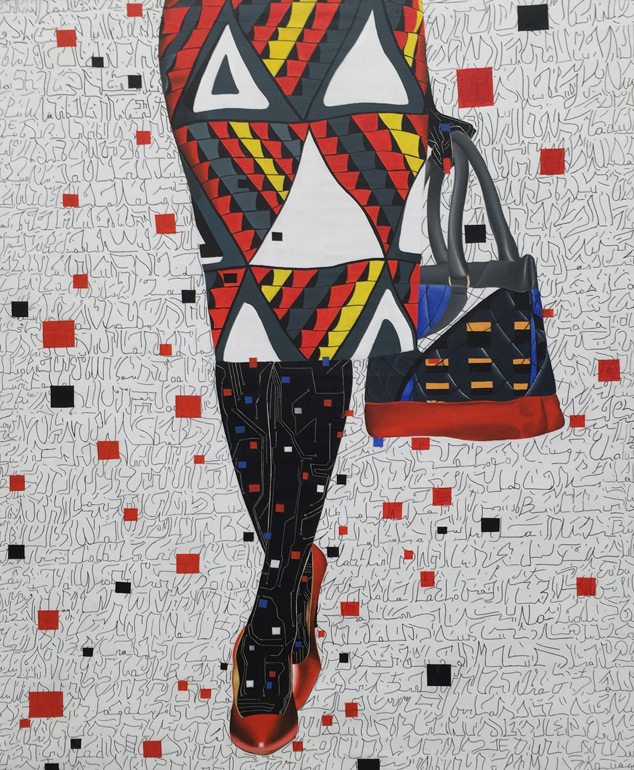 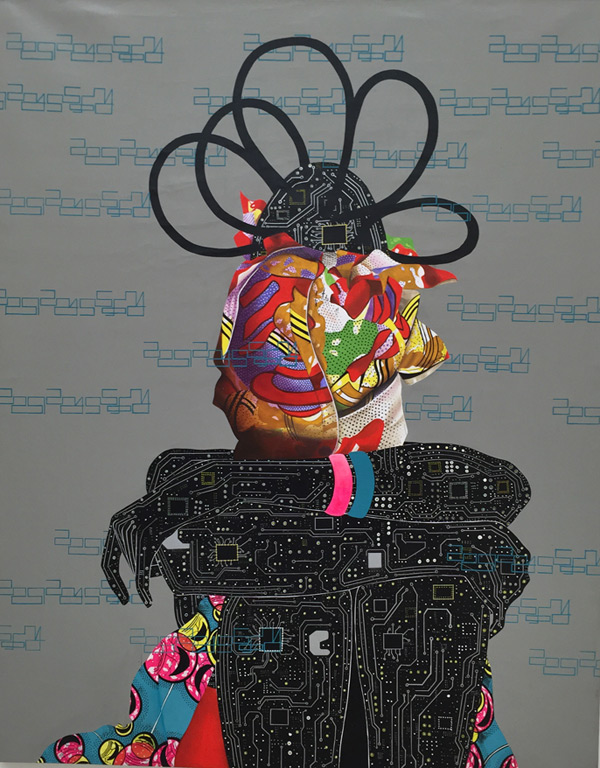 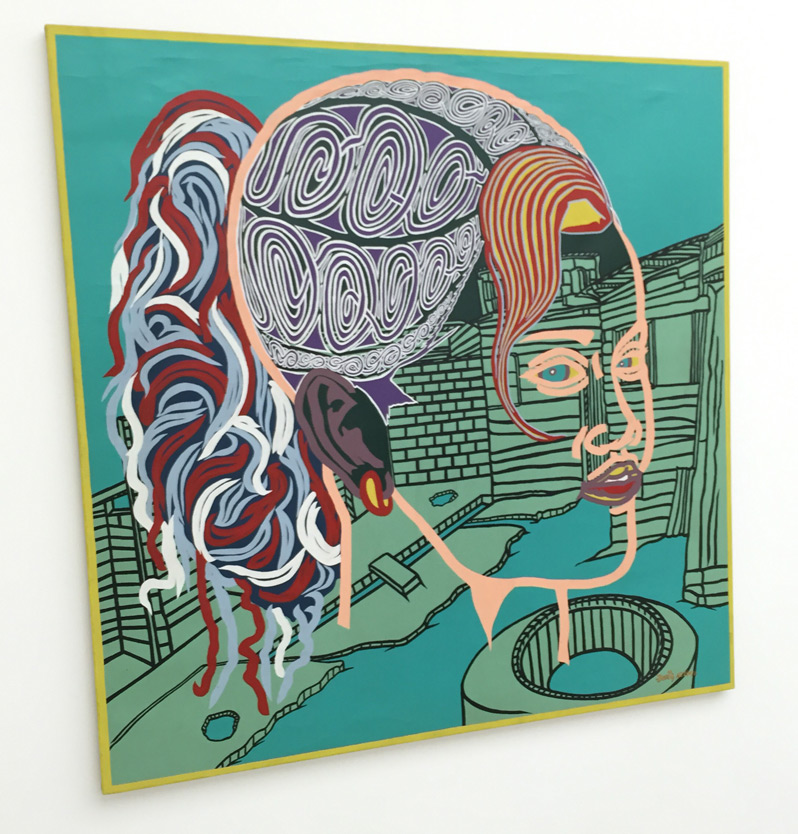 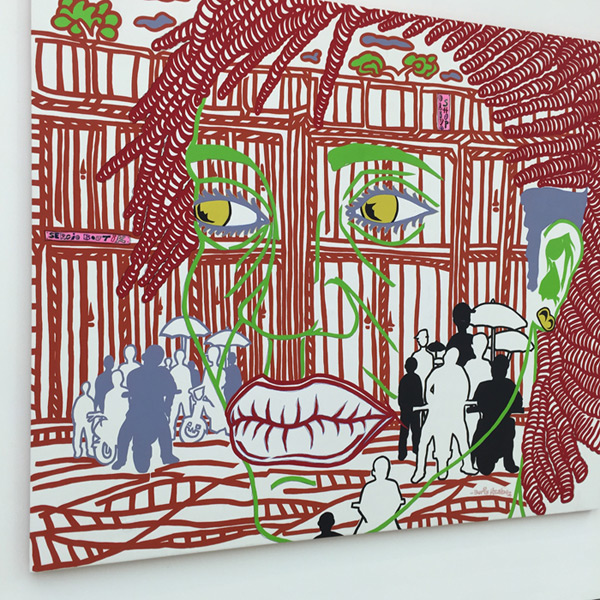 This exhibition of exciting emerging new artists from Africa and Latin America, runs until 6th September 2015 at the Saatchi Gallery, London