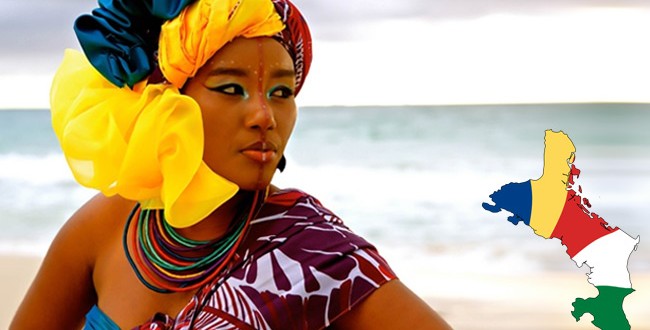 Lying a few degrees south of the equator, in the Western Indian Ocean, Seychelles enjoys temperatures in the 24-32°C range and there is no dry season. April is generally the month with the warmest weather and a drop in wind speed. As the smallest African country, with a population of less than 100,000, Seychelles is never the less one of the most famous and desirable holiday destinations on the planet. We take a look at fashion on the island and find some surprising and interesting facts.

Before gaining independence in 1976, much of the island’s workforce was dedicated to agriculture, with cinnamon and vanilla being the two chief exports, which left much of the population in subsistence-level conditions. Things started to change with the opening of The Seychelles International Airport in 1971. As international travel became more wide spread and affordable, so the economy of the island changed. Now the old farms employ around 3% of the population, while tourism-related industries employ more than 30% of the workforce – and the service sector, overall, contributes 66% of the country’s revenue.

The result of all these dramatic changes over the past 40 years is that Seychelles is now one of the richest countries in Africa – producing more per person than almost anyone else. Here at Africa Fashion, we know that where wealth goes – so fashion follows. That is especially true when you are surrounded by beaches like this.

Most children are born outside of marriage so, as a society, it is matriarchal – with women running the households, controlling expenditure and looking after the interests of their children. Which is also going to colour the local fashions.

While the University of Seychelles focuses on hardcore academic subjects, the Polytechnic provides a much wider programme, including visual arts courses. These include Fashion and Textile courses where the units cover Machine Technology, Pattern Cutting, Block Cutting, Garment Construction, Illustration and Dying.

One of the more dramatic flags in the world, Seychelles’ national symbol represents the sky, sea, sun, people, land and harmony. The country’s fashion is just as dramatic and divergent.

Men wearing shorts and women wearing short skirts in the evening is generally frowned on. Aside form that, Seychelles fashion is a generous mixture – borrowing and blending from across the planet – with some of the most dramatic couture and original art affiliated with the Sega Dance. 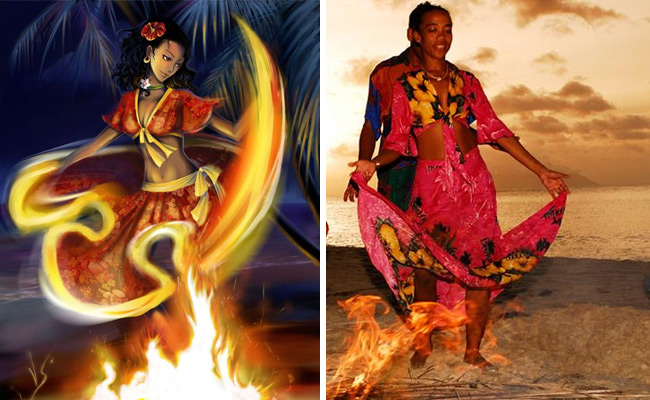 Experts argue about the origins of the dance and the associated clothing, with influences coming from as far away as Brazil, but the focus is really on the Creole-speaking people from Mauritius, Seychelles and Madagascar.

Moutya is another music-inspired fashion from the island, where floral patterns and costumes are routed in the dance.

Africa Fashion will be revisiting Seychelles in more detail soon. For now, enjoy this slide show of some of the island’s more dramatic outfits. Let us know what you think over on Facebook.