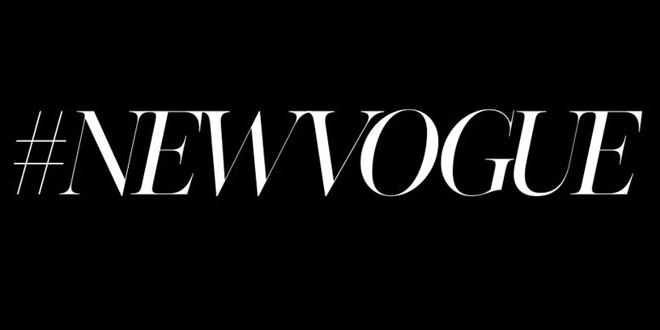 Smouldering red lipstick, the headscarf, the bleached eye brows, the shimmering metallic eyeshadow in transcending shades of blue – anybody would be forgiven to think they’ve stumbled across a special collector’s issue of a vintage Italian Vogue, but the model in question is Adwoa Aboah and the decision to grace the cover of Vogue with her stunning look belongs to Edward Enninful – British Vogue’s first editor of African origin. In this case, Ghanaian.  The story behind the cover, its significance and meaning, is intriguing.

One quote comes immediately to mind when you see the December issue of British Vogue:

That famous line attributed to Mameha in Memoirs of a Geisha, seems perfect for this month’s gorgeous covergirl. The arresting gaze of the star demands full and immediate attention from passers-by as they are, indeed, stopped in their tracks.

Where do I even begin. Speechless, overwhelmed and grateful. Never in a million years did I think that one day I’d be on the cover of @britishvogue even more so one that marks such a monumental change and a new beginning. Thank you @edward_enninful I’m so very proud of you, you deserve this. Thank you for choosing me to be you’re first cover girl. Thank you to #stevenmiesel for the most magical shoot I’ve ever been on. Mother @patmcgrathreal and @guidopalau for the constant support over the two day shoot and for making me feel like one in a million. To everyone who made this possible, thank you. #newvogue

The image is simple, yet evokes so many memories. The feel and colour echo the January 1950 Vogue cover, the pose reminds us of Dorothy Dandridge, while the headwrap and jewellery seem inspired by Josephine Baker. Equally, it could be an homage to iconic trendsetter, socialite précieuse and, arguably, the very first supermodel – Donyale Luna.

The September issue (http://www.vogue.co.uk/magazine/September-2017), before Enninful took over was dedicated to the past, present and future of fashion – yet there were no black models on the cover, although Nora Attal did make an appearance for Morocco.

It is certainly refreshing to have a British Vogue cover that’s clearly had so much fresh thought and inspiration put into it. Especially when you bear in mind that so many believe the publication has an historic reputation for a lack of glamour, practical content and certainly a visible lack of women of colour.

The December cover is an emblem of change and much needed redirection. We believe that the appointment of Edward Enninful is well deserved and he is clearly hitting the ground running. Enninful has said himself that he intends British Vogue to become the fashion bible and we wish him well in this endeavour.

Aboah herself clearly possesses the most important characteristic that all top models must have: She is a born chameleon. Her Instagram post about the Vogue cover shoot was clearly driven by a special kind of pride and, in real life, she has a smile sunny enough to light up any room, yet in the photo itself, she has the impetuous expression of a woman who knows exactly what she wants and has probably already got it and is about to be bored with what the next person has to say to her.

In that respect, we’re reminded of Vogue’s first ever black covergirl, Donyale Luna. Shot by David Bailey for the March 1966 cover, Luna’s tragic death at 32 cut short a promising career, but she will be forever remembered as a trailblazer – pioneering the way by shattering yet another glass ceiling.

While her Vogue cover might be the first time that many have seen Aboah’s face, she has already accomplished a great deal, for example GQ’s Woman of the Year.

Nominated as the British Fashion Council’s Model of the Year, she’s shown her willingness to adapt, rapidly becoming the darling of the more risqué shows, including collections by Rihanna for Puma as well as Alexander Wang. Aboah was also a cast member in the all-black Pirelli calendar, and now a certified face-to-watch for the future.

But celebrating her work in front of the camera only tells us half the story. She’s at the forefront of feminist activism in fashion, working earnestly to make tangible impact in her target demographic by raising awareness of mental health issues-particularly amongst young women with her outreach programme called Gurls Talk.  She’s clear about her own journey and struggles with mental health, in order to help create safe and nurturing environments for other young women who are trying to navigate the challenges of societal life.

2017 is a great time to be ‘a model with something to say’. Along with the way in which models are being presented (we’re thinking of the system on sites like Models.com who’ve changed their hierarchical numbered rankings in favour of an arguable more politically correct matrixed grouping), it’s now acceptable for every incidence of inherited unfairness in today’s society to be challenged.

We’ve been fed untruths for too long. For example?  You can’t have black or female actor in a lead role and still achieve commercial success for a film, but the $2 Billion taken by Star Wars: The Force Awakens proved that wrong. The music industry has certainly been conquered by Beyonce and when it comes to modelling in the 21 century, then Jourdan Dunn’s entry into the Forbes list of top paid models exposes the myth that black faces can’t be used to promote and sell the world’s top brands.

We must acknowledge the significant factors that contribute to the success and rapid ascension of Aboah. Edward Enninful has been making powerful moves, quietly, in the background of the fashion industry for decades. Indeed, his work in the name of diversity won him the OBE. His dear friend and global icon, Naomi Campbell, has spoken out about how important it was that his first edition of British Vogue under Edward’s reign should feature a women of colour on the cover.

One of the proudest moments of 2016 was when I was awarded an #OBE for Services To Diversity In The Fashion Industry by The Royal Princess, Anne at Buckingham Palace. If You had told my 18 year old self that this would one day be possible, He wouldn’t have believed you. Xoxo #investiture #OBE #GreatBritain

While applauding his creative decision, some have questioned Edward’s choice of model. Why Aboah and not Jourdan?

Jourdan is, without doubt, the foremost British supermodel of this generation, second only to Cara Delevingne, yet her only cover appearance on British Vogue to date, was viewed by some as lacklustre, insipid and downright disappointing. It will be interesting to see how long it takes Edward to deliver a cover with Ms Dunn that’s truly worthy of Jourdan’s status.

I’m so Happy to finally say I’M ON THE COVER OF BRITISH VOGUE!!! 🙌🙏🙌🙏🙌 Thank you @britishvogue ,Patrick Demarchelier and Kate Phelan for making this happen and also thank you all for the Love and Support it means everything to me 😘😘😘😘😘#2015YearOfTheDunn

As Edward Enninful brings his fresh, new vision to Vogue, we’re hopeful that many more gorgeous black models will follow in Miss Aboah’s footsteps. All anybody can really do is support and give positive energy to propel those in the limelight working hard for their goals. Here’s to you Adwoa, to your success in the future and to Edward and other Influencers of colour across the media.

Edward we can’t wait to see what is next! Now somebody find out whether Mayowa Nichols is British Nigerian-somebody look into that…

Still on Cloud 9. Two contributing editors of @britishvogue sitting next to an editor and chief. @edward_enninful @katemossagency